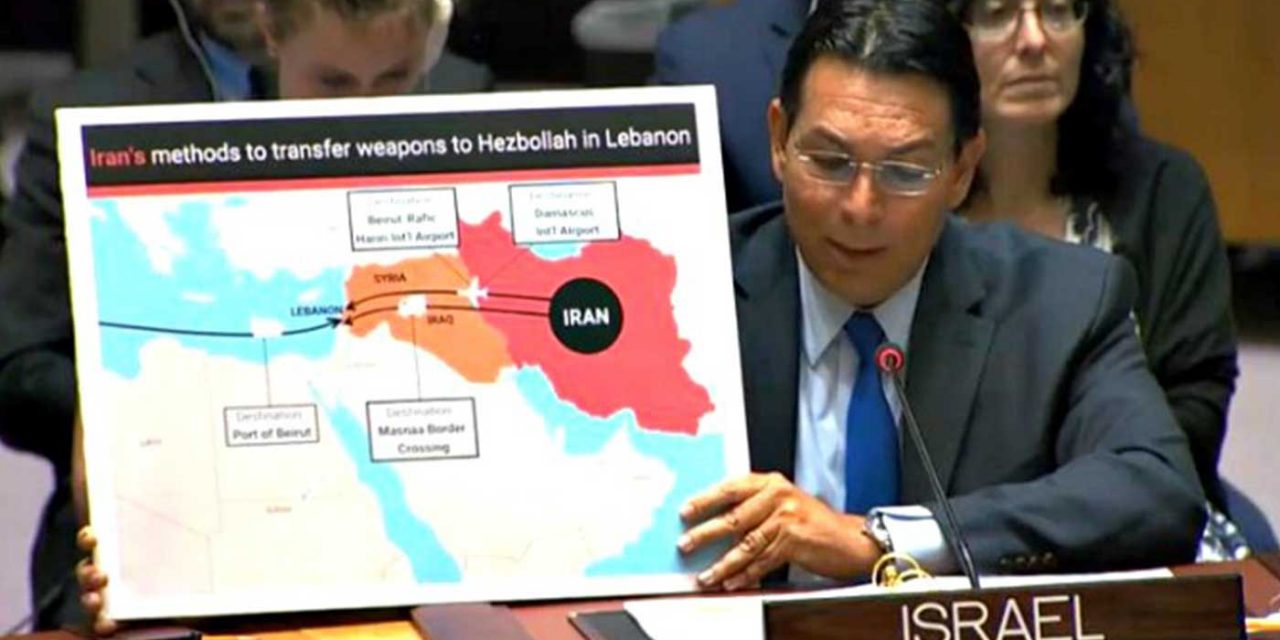 Israel’s Ambassador to the United Nations on Tuesday shared Israeli intelligence information with the UN Security Council showing Iran funneling weapons to the Hezbollah terrorist organization, highlighting the continuing threat posed by the Tehran regime and its Lebanese proxy along Israel’s northern border.

“In the years 2018-2019, Israel found that dual-use items are smuggled into Lebanon to advance Hezbollah’s rocket and missile capabilities,” Danny Danon — Israel’s envoy to the UN — revealed to the Security Council.

Danon said that the Quds Force of the Islamic Revolutionary Guards Corps (IRGC), which directs Iranian interventions abroad, had begun “to advance the exploitation of the civilian maritime channels, and specifically the Port of Beirut.”

The Iranian regime is transferring weapons in various ways. The Quds Force exploits civilian airports in Damascus and Beirut, the Syria-Lebanon border to smuggle weapons, dual-use items and other capabilities, and, today, the Port of Beirut is now the Port of Hezbollah. #UNSC pic.twitter.com/5Cee1iYDr7

Said Danon: “The Port of Beirut has become the Port of Hezbollah.”

A police commando who was seriously wounded during fierce exchanges of fire between Israeli troops and Palestinian gunmen in the northern West Bank on Friday morning has died of his...
Read More
Share
Tweet
Email
More
267 Shares