The New York State Senate has approved a resolution to cut a massive $485 million worth of funding to the City University of New York (CUNY) system after allegations of anti-Semitism.

With more than half a million students at 24 constituent colleges, and graduate and professional schools, CUNY is one of the largest educational institutions in the United States. They received the cut, it is reported, to make an example that the college system has not done enough to counter anti-Semitism on its campuses.

There are numerous reports from Jewish students on campus being harassed, slurred and silenced by hostile pro-Palestinian students, the Times of Israel reported.

A few of the examples include an incident in February this year when students at Brooklyn College disrupted a faculty meeting to demand that “Zionists” leave campus and called one professor a “Zionist pig.” 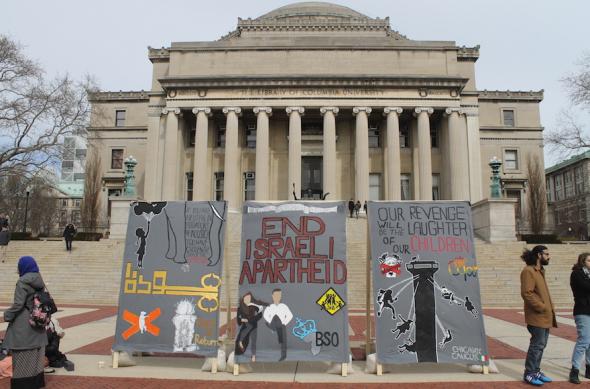 At a panel discussion at Hunter held earlier this month for Israeli Apartheid Week and International Women’s Day, the student leader of Students for Justice in Palestine said that “Israel is a state that is built on murder and mass rape of Palestinian women,” a statement that neither the panel moderator nor any audience members questioned.

Malcolm Hoenlein, executive vice chairman of the Conference of Presidents of Major American Jewish Organizations, told The Jerusalem Post on Monday that the funding cut was an “extreme response”.

“There are other ways to address this,” he said. “Cutting the budget is, I think, an expression of the frustration on the part of some of the legislators about the history of the past few months.”

The New York State Senate has clarified that the funding cut for CUNY will only be in place until they resolve the issues. Their statement reads:

“In light of recent anti-Semitic events at CUNY campuses, the Senate denies additional funding for CUNY senior schools until it is satisfied that the administration has developed a plan to guarantee the safety of students of all faiths. The Senate fully understands the importance of the City University system, and supports the full restoration of state support when this difficult and atrocious situation is adequately addressed.”

Let us pray this action by the New York State Senate will send a clear message to colleges and students throughout America that anti-Semitism is not acceptable and will not be tolerated in any shape or form. And let’s also pray that this cut in funding will act as an important motivator for CUNY to take greater action in stamping out anti-Semitism from its campuses once and for all.