Labour has suspended a former Lord Mayor of Bradford in the latest row over anti-Semitism to hit Jeremy Corbyn’s leadership.

Khadim Hussain, a Labour councillor, is under investigation for sharing a Facebook post that complained that the deaths of millions of Africans are not taught in schools but “your school education system only tells you about Anne Frank and the six million Zionists that were killed by Hitler”.

The news came as the Guido Fawkes website alleged that Labour had reinstated Beinazir Lasharie, a Kensington councillor and former Big Brother contestant whose membership was suspended in October after she had posted a Facebook message saying: “Many people know about who was behind 9/11 and also who is behind Isis. I’ve nothing against Jews … just sharing it!”

She is listed on the Kensington council website as a Labour councillor, but a Labour spokesman denied that she had been reinstated. 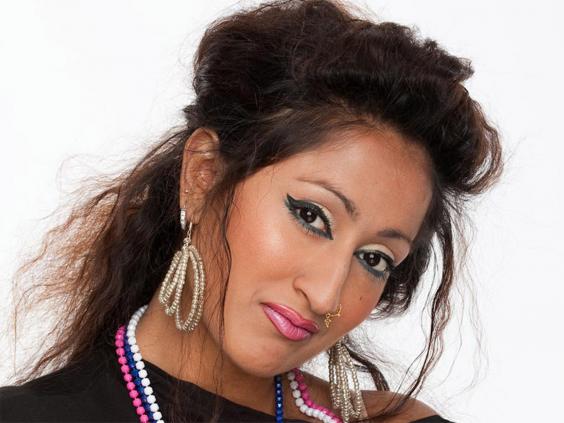 Beinazir Lasharie has not been reinstated, a Labour spokesman said

Ms Lasharie defended herself on Twitter, saying: “Here come the flood of you bullies who’ve got time to judge me when you don’t know me, very nice of you thank you for your hate!”

Both allegations surfaced in time for David Cameron to taunt the Labour leader during Prime Minister’s Questions – to Jeremy Corbyn’s visible fury.

The opportunity came when the MP for Finchley and Golders Green, Mike Freer – who did not mention the Labour Party – urged that “all organisations, public and private, should root out anti-Semitism, without hesitation”.

Mr Cameron replied: “Anti-Semitism is an absolute cancer in our societies and we should know that when it grows, it is the signal of many even worse things happening to ethnic groups and different groups all over our country.

“I have to say that we do see a growth in support for segregation and indeed for anti-Semitism in part of the Labour party, and I say to its leader that it is his party and he should sort it out.”

His remarks infuriated Mr Corbyn because they were made after the weekly exchange between the two leaders had finished, which meant that Commons rules prevented him from replying. He could be seen pointing at Mr Cameron across the Commons Despatch Box and shouting, “utterly disgraceful!” – until the Speaker John Bercow intervened to warn MPs on the front benches of both sides: “This sort of gesticulation across the Chamber is way below the level and the dignity of senior MPs … cut it out!”

Suspicion that anti-Semitism is tolerated with the Labour Party was fuelled by the case of Vicki Kirby, a Labour parliamentary candidate who was suspended from the party for a series of tweets, including one in which she described Jews as having “big noses”.

Earlier this month, Guido Fawkes spotted that she had been reinstated and had been made vice chair of the Woking Labour Party. Last week, her membership was suspended for the second time.

One of the Facebook posts that led to Beinazir Lasharie being suspended last October said: “I’ve heard some compelling evidence about Isis being originated from Zionists!”

Another said: “Many people know about who was behind 9/11 and also who is behind Isis. I’ve nothing against Jews… just sharing it!”