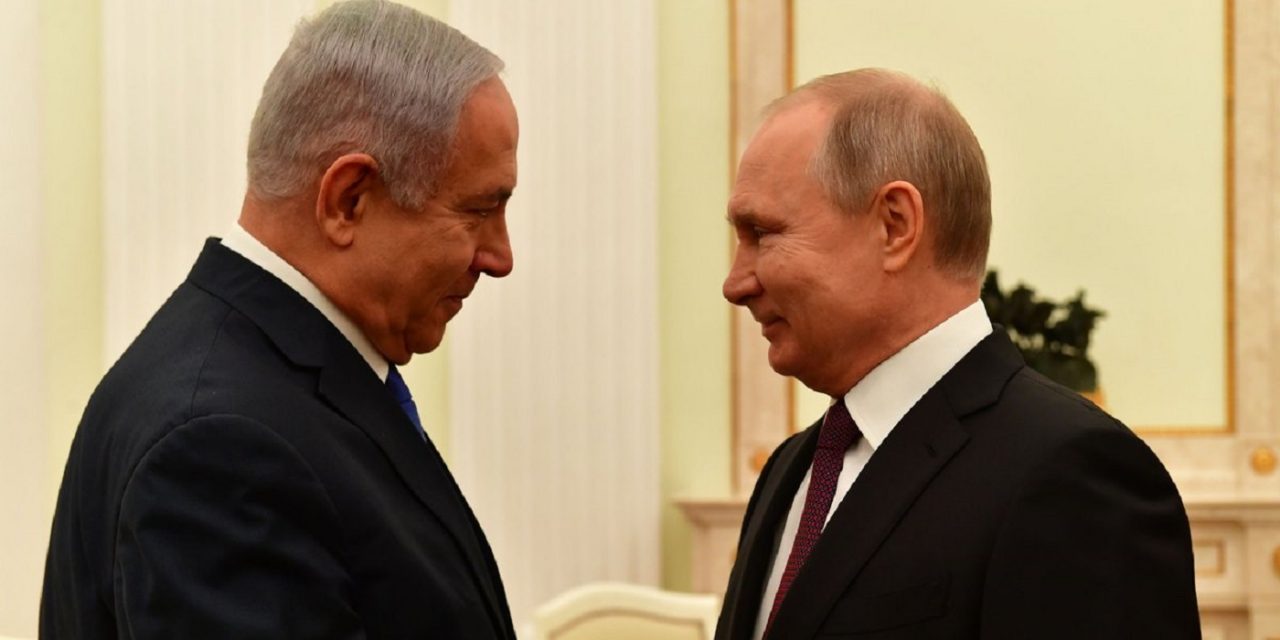 A day after the Israel Defense Forces announced it had recovered remains of Zachary Baumel, who went missing in a 1982 battle in Lebanon, Prime Minister Benjamin Netanyahu thanked Russian President Vladimir Putin for making it possible.

Speaking at the Kremlin alongside Putin, Netanyahu said Israel “thanks you for taking care of this matter by finding the remains, what you did will not be forgotten by our people.”

PM Netanyahu attended an official Russian Defense Ministry ceremony at which he received the remains of Zachary Baumel’s personal effects.

“You expressed the supreme value you and the Russian people ascribe to finding the missing and bringing soldiers to burial. This is our common value,” Netanyahu told Putin in Moscow.

“Two years ago I turned to you with a personal request – that you help us in finding the remains of the soldiers, including Zachary Baumel, out of the great shared values of comrades-in-arms and fellowship of soldiers. You responded immediately. You said you would act personally.

“You called on your people who did exceptional work and several days ago, you brought us the late Zachary Baumel, to Israel, and he will be buried in Jerusalem this evening.”

“I think that here, our friendship is on a higher level and expresses a great common value that unites our two peoples. I would like to thank you on behalf of the entire people of Israel.”

Two years ago I turned to you with a personal request – that you help us in finding the remains of the soldiers, including Zachary Baumel, out of the great shared values of comrades-in-arms and fellowship of soldiers. You responded immediately. You said you would act personally. pic.twitter.com/hEFZnjaZHo

Netanyahu said that Baumel’s family members were overwhelmed with emotion after they were informed his remains were found.

“I told them that Russian troops risked their lives to search for his remains and they were left speechless,” Netanyahu said.

Putin responded that “this was not easy for our soldiers.”

Baumel, who immigrated to Israel with his parents from New York in 1970, was 21 when he fought in Israel’s Operation Peace for the Galilee in Lebanon and was declared missing in action along with two other soldiers in the Battle of Sultan Yacoub, in which Israel suffered heavy casualties.

The Israel Defense Forces declined to say how or where the body of Baumel, a tank crewman and sergeant, was recovered in what was described as an intelligence operation.