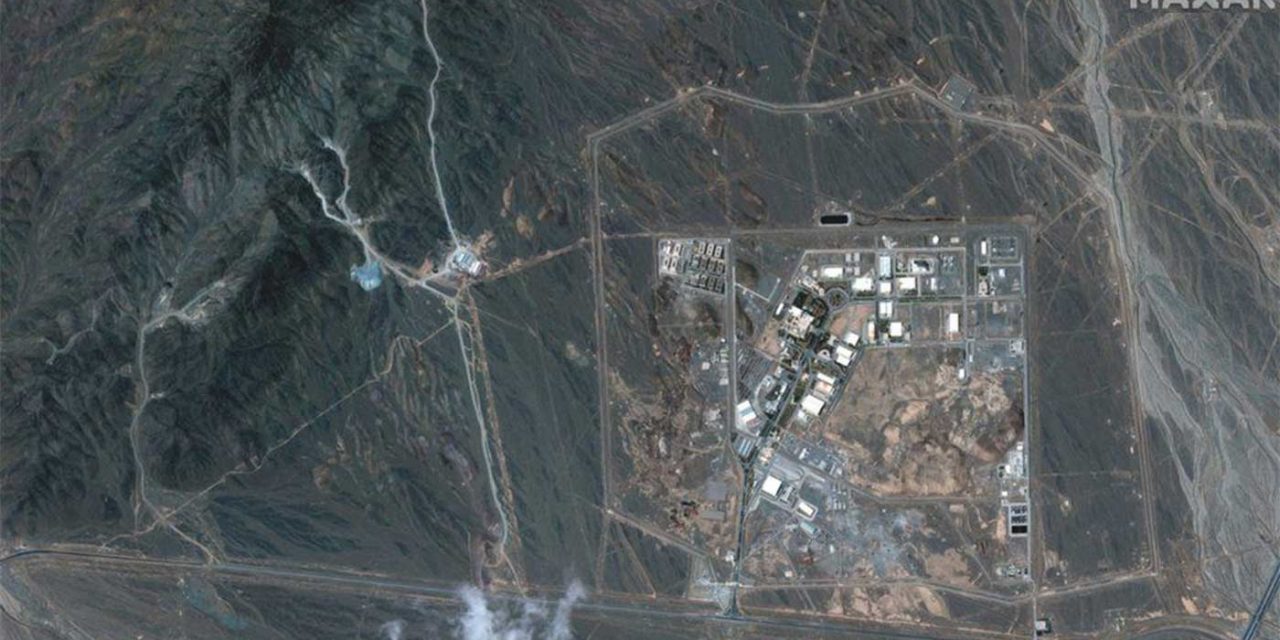 An explosion at Iran’s Natanz nuclear facility has temporarily halted Iran’s enrichment of uranium and set their nuclear programme back according to reports.

The explosion is said to be caused by a cyberattack on the facility and is being blamed on Israel with Iran vowing to “take revenge on the Zionists”.

The apparent act of sabotage was reported by the New York Times who said the damage had been caused by a large explosion that completely destroyed the independent — and heavily protected — internal power system that supplies the underground centrifuges that enrich uranium.

The explosion is said to have dealt a “severe blow” to Iran’s ability to enrich uranium that could set the regime back at least nine months before it can operations at Natanz will be back to normal.

However, the Atomic Energy Organization of Iran is claiming that the “small explosion” at the facility is easily repairable.

“The incident occurred at the electricity distribution centre. There was a small explosion,” AEOI spokesman Behrouz Kamalvandi told the Tasnim news agency, adding that the “damaged sectors can be quickly repaired.”

Iran is clearly upset by this action. Tensions remain high between Iran and Israel, the regime in Tehran seeking to wipe Israel off the map and Israel doing everything in its power to stop them.

Iran is currently negotiating with European countries on the Iran Deal (JCPOA) and wants sanctions released on the country. Sadly, the Europeans, including our own British government, are giving Iran billions in trade and doing very little to hold Iran to the terms of the agreement. Despite Iran breaking multiple rules, including their uranium enrichment.

Zarif said Israel had sought to block the removal of international sanctions against Iran, but that “the Zionists will get their answer in further nuclear progress.”

Prime Minister Benjamin Netanyahu spoke on Monday during a press conference with US Secretary of Defense Lloyd Austin saying, “in the Middle East, there is no threat more dangerous, serious and pressing than that posed by the fanatical regime in Iran.”

“Mr. Secretary, we both know the horrors of war. We both understand the importance of preventing war. And we both agree that Iran must never possess nuclear weapons. My policy as prime minister of Israel is clear — I will never allow Iran to obtain the nuclear capability to carry out its genocidal goal of eliminating Israel. And Israel will continue to defend itself against Iran’s aggression and terrorism,” Netanyahu added.

The Prime Minister did not confirm Israel was behind the attack on the facility, but it is clear Israel will do everything in their power to stop Iran’s genocidal ambitions.

The European Union expressed their opposition to any attack on Iran’s nuclear facilities saying it weakened diplomatic efforts to halt Iran’s nuclear ambitions.

“We reject any attempts to undermine or weaken diplomatic efforts on the nuclear agreement,” EU spokesman Peter Stano said, insisting that “we still need to clarify the facts” over events at the Iranian nuclear site.

Germany warned that the latest developments in Natanz did not bode well for nuclear talks aimed at reviving the agreement.

“What we are hearing currently out of Tehran is not a positive contribution, particularly the development in Natanz,” said German Foreign Minister Heiko Maas.

Maas added that negotiations which are currently taking place in Vienna “will not be easy, but until now, there has been a constructive spirit” shown by participants.