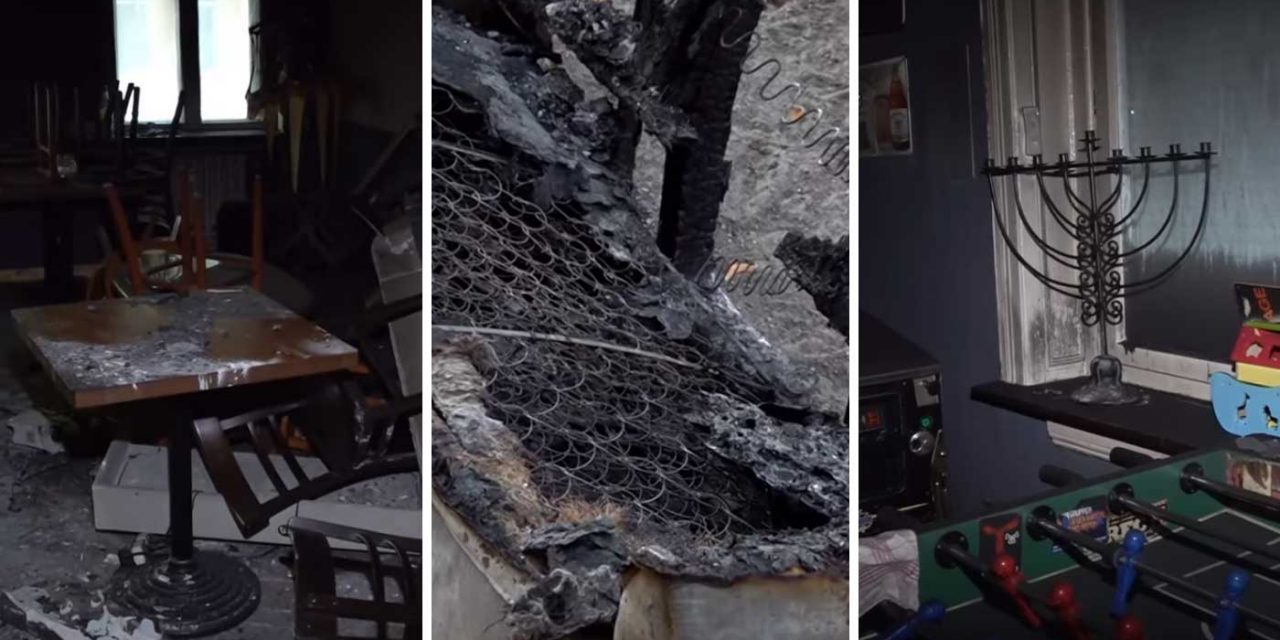 A Jewish-owned bar in Berlin was destroyed Friday night in a fire sparked by vandals who also spray painted anti-Israel and anti-Semitic slogans on the exterior of the building.

Berlin police and state investigators are probing the arson incident at the Morgen Wird Besser (‘Tomorrow Will Be Better’) bar in the Lichtenberg quarter of the capital.

A Star of David was found carved into the bar’s front door. Police suspect local neo-Nazis, who are known to operate in the Lichtenberg neighborhood, are behind the arson.

The bar is owned by Emil Gililov, a 47-year-old Israeli-born immigrant who has lived for the past 34 years in Germany.

Gililov has received threats in the past from neo-Nazis, and the bar itself has been targeted in the past.