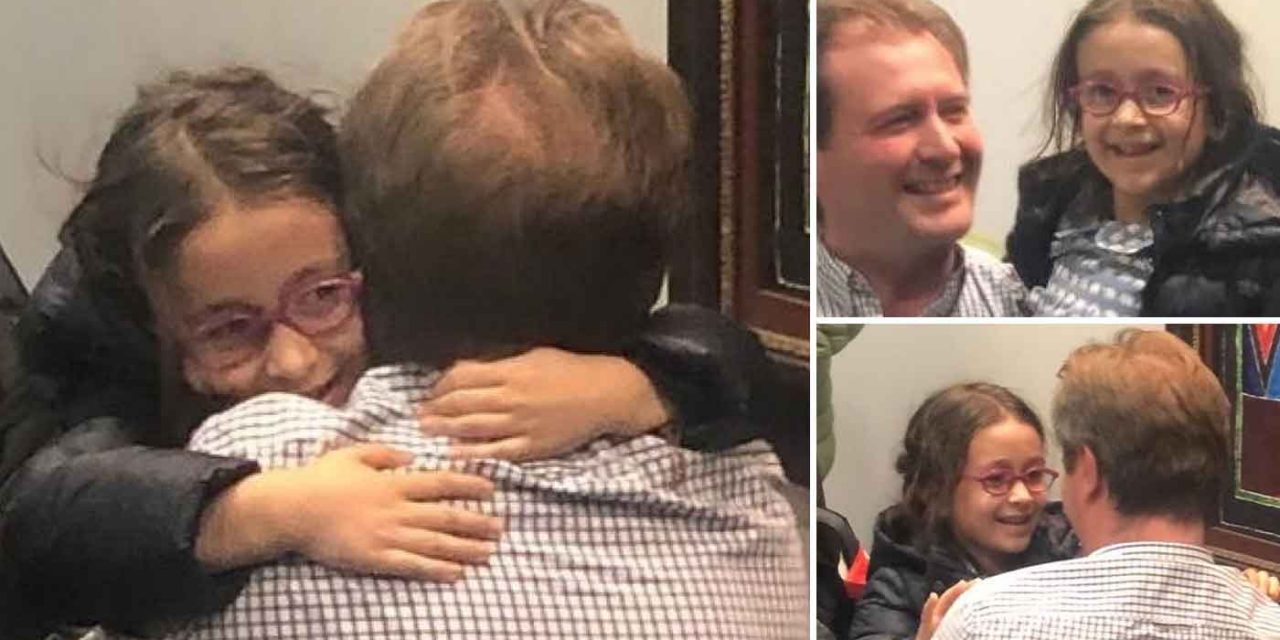 The five-year-old daughter of a British-Iranian woman jailed in Iran on false spying charges has returned to the UK.

Nazanin Zaghari-Ratcliffe, 40, a charity worker from London, has been detained for three years over the allegations, which she denies.

Her British-born daughter Gabriella, who has been living with her grandparents in Tehran after Iranian officials confiscated her British passport, returned home to the UK on Thursday.

Mr Ratcliffe said of his daughter’s return: “Gabriella came back to us late at night, a bit uncertain seeing those she only remembered from the phone.

“Now she is peacefully sleeping next to me. And I am just watching.

“It has been a long journey to have her home, with bumps right until the end – and I am grateful to all those at the British Embassy and Iranian MFA who helped smooth all those last blockages.

“Of course the job is not yet done until Nazanin is home.

“It was a hard goodbye for Nazanin and all her family. But let us hope this homecoming unlocks another.”

Gabriella’s return to Britain brings fresh challenges for the family. She was just 22-months-old when she went with her mother to visit family in Iran. And after years of living in an Iranian household, she can no longer communicate with her father in English.

Foreign Secretary Dominic Raab reiterated his earlier calls for Iran to release Mrs Zaghari-Ratcliffe and said the family’s situation was one that no parent “should ever have to face”.

“Gabriella is an innocent child and should be able to go to school and be with both her parents,” he said. “We continue to urge Iran to release Nazanin immediately so the family can be reunited in the UK.”

His predecessor, Jeremy Hunt, described the news of Gabriella’s homecoming as “the definition of bittersweet”.

He called on the British government to “redouble” its efforts to secure Mrs Zaghari-Ratcliffe’s release, tweeting: “Now more than ever, she needs to know she’s not alone”.

The family’s MP Tulip Siddiq said: “Richard and Nazanin have made a decision that no family should have to make.

“It is heartwarming to see Gabriella reunited with her father after 1,300 days in Iran, but heartbreaking that she is separated from her mother Nazanin.

“Iran must end their hostage diplomacy and release my innocent constituent. Britain should also solve its long-running debt issue with Iran.

“Nazanin is at breaking point, and today is yet another reminder that she has been failed at the very highest levels of government.”

Britain must end its involvement in the Iran Deal

CUFI is calling on the UK government to end its involvement in the disastrous Iran Deal.

The Iranian regime has long used different forms of terrorism and abuse of power to deal with the UK, such as in the case with Nazanin Zaghari-Ratcliffe.

Iran kidnaps British citizens and holds them to ransom, pressuring the British government to act. They did the same when it came to the oil tankers, capturing British oil tankers and threatening to do more unless their demands were met. They are also doing this with the Iran Nuclear Deal, threatening to develop nuclear weapons unless they are given more money by the West.

Shamefully, the British government is bowing down to the pressures of Iran and supporting the deal which only fuels Iran’s aggression in the region, where they are arming terrorist groups such as Hamas and Hezbollah and furthering their goal of destroying Israel (something they will never accomplish).

This is why we need your help to urge the UK government to end its involvement in this deal and stop British taxpayers money from reaching the Iranian regime which imprisons British citizens, attacks British oil tankers and threatens Israel.