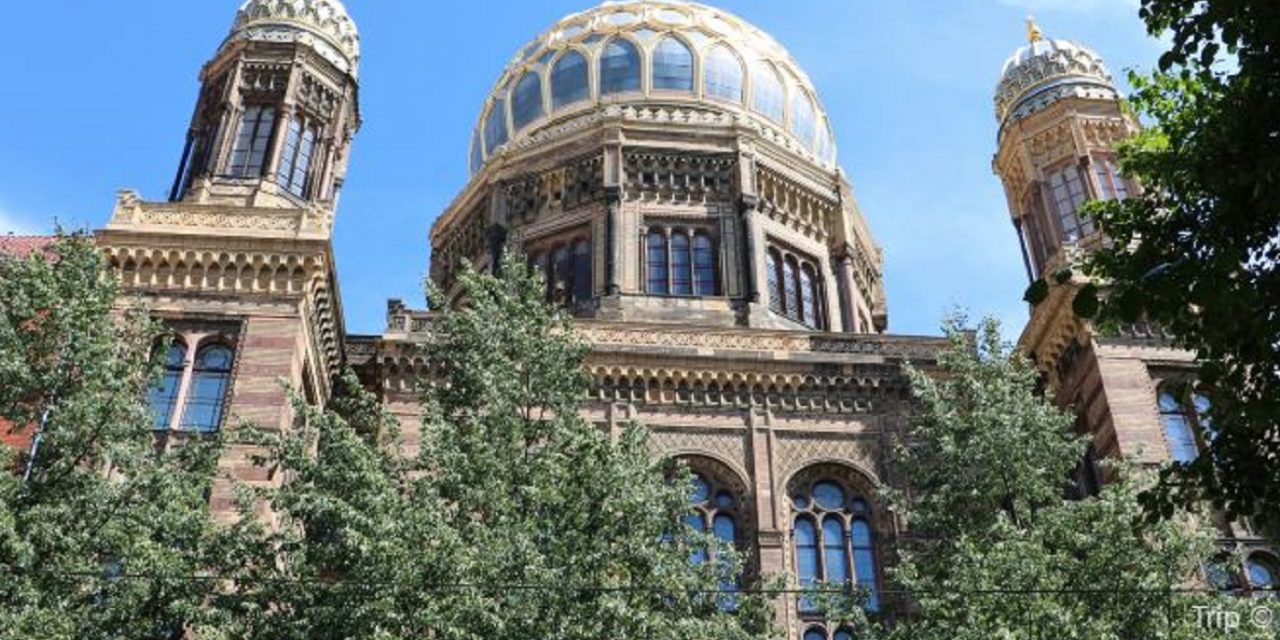 A Muslim man armed with a knife attempted to run into a synagogue in central Berlin on the evening of Friday 4 October.

German media reported that the man, apparently a Syrian refugee, was tackled by security personnel at the entrance to the Neue Synagogue. According to the Bild website, he was heard calling out “Allahu Akbar” and “F*** Israel.”

But German police  have released the man, a 23-year-old from Damascus, because they did not have enough evidence to charge him with a crime at this point. The investigation is ongoing, according to the state Prosecutor’s Office.

German police said the man, identified as Murad M., was hit with pepper spray by guards and then subdued and disarmed.

The response was woefully inadequate and even dangerous, Josef Schuster, head of the Central Council of Jews in Germany, said in a statement Monday. He said the violent nature of Friday’s incident prior to Shabbat services at the historic Neue Synagogue should have merited a tougher response.

A “dangerous man” is now at large, he said.

The incident occurred at around 5:30 p.m. according to Bild, likely shortly before the start of Friday’s evening prayer service.

Police said the assailant had no prior record and was not known to authorities.

Meanwhile on Monday a man driving a stolen truck plowed into several cars in the centre of the German city of Limburg, injuring 17 people, according to police.

The driver, who was also injured, has been arrested.

“Based on what we have learned and several witness accounts, the man seized control of the truck at about 5:20 pm (1520 GMT),” police said in a statement.

According to police, the articulated truck slammed into eight cars waiting at a traffic light near the main railway station of Limburg, in Hesse state, “crushing them together”.

Several people were being treated in hospital, one of them in critical condition.

An Israeli firefighting delegation, comprised of C-130J Hercules transport planes, took off for the island of Cyprus to help put out fires that are spreading in the north of...
Read More
Share
Tweet
Email
More
582 Shares