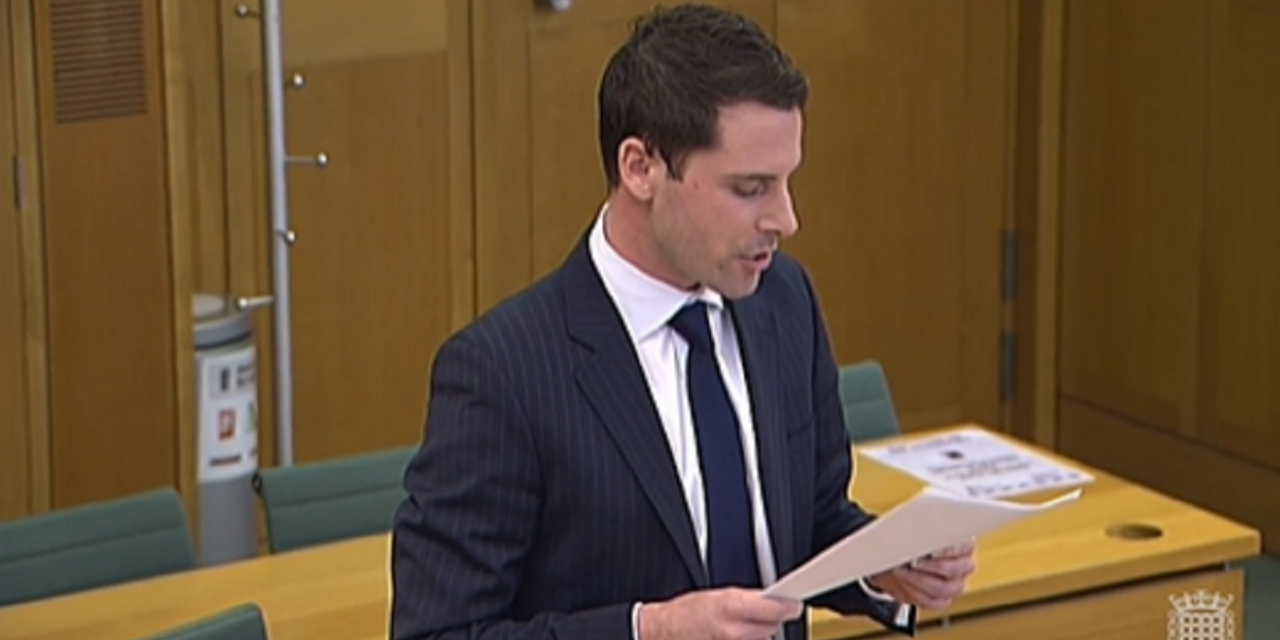 MPs in Westminster debated the UK’s voting record at the UN Human Rights Council (UNHRC) to coincide with the notorious “Agenda Item 7” that took place in Geneva this week.

Whilst member states, including some of the worst human rights offenders, slammed Israel during the UNHRC debate, the actual vote on Item 7 will take place next week. The UK’s Foreign Secretary has stated that Britain will vote against all resolutions tabled under Item 7 and will call for it to be abolished altogether. Currently Item 7 is the only item on the council’s agenda that singles out an individual country.

At a special debate on Wednesday in Westminster Hall, MPs discussed the UK’s voting record.

Scott Benton MP (Conservative) led the debate, describing attacks on Israel at the UN as being detrimental to regional peace:

“The landmark peace agreements signed between Israel and her Arab neighbours in recent months are an extremely welcome development after years of stagnation,” said Benton, “but it is an unavoidable reality that the unrelenting attacks on Israel at the United Nations make regional peace harder to achieve.”

“It is no secret that the UN and its associated bodies have a long history of singling out Israel far more than any other nation in the world.”

Benson also highlighted that in the 15 years since its inception, the UNHRC has passed 171 condemnations, of which more than half have targeted Israel. He added, “It is simply unjustifiable that 90 condemnations have been passed against Israel, while a mere 10 have been adopted on the world’s worst human rights abuser, Iran.”

“Astonishingly, no condemnations have been adopted on China, Russia, Pakistan, Venezuela or other serial human rights abusers,” he continued, “Instead, many of those serial violators are Council members, which of course makes a mockery of the UN’s highest human rights body.”

“Permanent agenda item 7 is reserved for criticism of Israel, showing how deeply embedded this anti-Israel obsession has become. Motions adopted under item 7 have accused Israel of serious breaches of international law, while ignoring Palestinian rejectionism and terrorism. It is of course legitimate to highlight the plight of the Palestinian people, just as the national claims of other groups should also be given due attention. But when the blame is solely placed on Israel for the plight of the Palestinian people, with not even a superficial recognition of the numerous security challenges Israel faces, the failure of Palestinian leadership to prepare its people for a future peace agreement, and the countless peace deals rejected by the Palestinian leadership, it is clear that something has gone seriously wrong.

“There is no mention of Hamas or Palestinian Islamic Jihad, which terrorise Israeli civilians with rocket fire. Those terror groups use Palestinian civilians as human shields, investing in weaponry rather than welfare.”

Benson also challenged how such disproportionate singling out of Israel is “one of the clearest examples of contemporary antisemitism, according to the world-leading definition.”

Stephen Crabb MP raised issue of resolutions that have traditionally appeared under Agenda Item 7 “quietly making its way into another agenda item, sometimes with cosmetic changes.”

“The Foreign Secretary’s calls earlier this month for the abolition of item 7 should mean not only the end of a permanent agenda item singling out Israel for criticism; it should mean that all one-sided motions are also withdrawn, not simply moved elsewhere. Until then, we must honour our pledge to vote against all anti-Israel resolutions wherever they appear, just as we would have voted against those motions if they targeted our other allies.”

Jim Shannon MP (DUP) called on the Government to take a tougher approach to the false narrative perpetuated by the UN, saying:

“Our Government and our Minister need to take firmer steps to highlight that the Israel-Palestine issue will never be resolved by continuing to peddle the false narrative perpetuated by the UN, by painting an awful picture of the victimisation of innocent Palestinians at the hands of so-called evil Israel.

James Cleverly, Minister of State for the Foreign Office, agreed that Article Item 7 is an example of the bias against Israel, and further alienates Israel. “The UK Government’s position is that we are both happy and proud to stand up when we feel that Israel faces bias and unreasonable criticism from international institutions, or indeed from anywhere else,” said Cleverly.

Item 7 damages the efforts to advance dialogue, increase stability, and build mutual trust and understanding between the Israeli and Palestinian people, and therefore damages the prospect of a sustainable, meaningful and peaceful two-state solution. That is why, at the 40th session of the Human Rights Council in March 2019, the UK adopted a principled approach in which we voted against all resolutions tabled under item 7.

Cleverly also stated that the UK “will continue to push for the abolition of agenda item 7,” whilst reaffirming that the UK will vote against all motions under that item next week. However the Foreign minister didn’t confirm that Britain will do likewise for other resolutions under different Agenda items, saying that “the UK is happy to support the scrutiny of countries, including Israel, if it is done fairly and proportionately. “

It is understood the Palestinian Authority has moved some resolutions from Item 7 to Item 2.

“Our blanket opposition is to resolutions under item 7, rather than more broadly to resolutions on Israel and the Occupied Palestinian Territories. We will therefore decide how we vote based purely on the merits of the resolution and on the final text that is put before the council,” said Cleverly.

Challenged by Stephen Crabb over whether it was “morally right” to vote for text that singles out Israel just because it appears outside of Item 7,  Cleverly replied,

“We recognise that moving away from agenda item 7 is a positive step, so our commitment is to engage with the specific text. It may well be the case that the UK Government find the final text unacceptable, but the decision will be based on the specific text rather than our principled opposition to item 7 as a tool of specific and unfair criticism of Israel. Those negotiations are ongoing.”

Middle East Minister @JamesCleverly: UK will push for abolition of Item 7 which singles out Israel at #UNHRC & "damages efforts to advance dialogue"

MPs have asked the UK to call for a vote next week on Item 7 and other anti-Israel resolutions, which otherwise pass by consensus. pic.twitter.com/J8mdrN9rK0

Resolutions that politicise UN bodies or that risk hardening the position of either side do little to advance peace or mutual understanding,” Cleverly concluded, “We believe that negotiations will succeed only when they are conducted between Israelis and Palestinians and supported by the international community, and we will continue to work with international bodies, regional bodies, European partners and the United States, and of course with Israel and the Palestinian leadership, to advance dialogue, to encourage joint working and to find a permanent peaceful solution to this conflict, which has gone on for too long.”