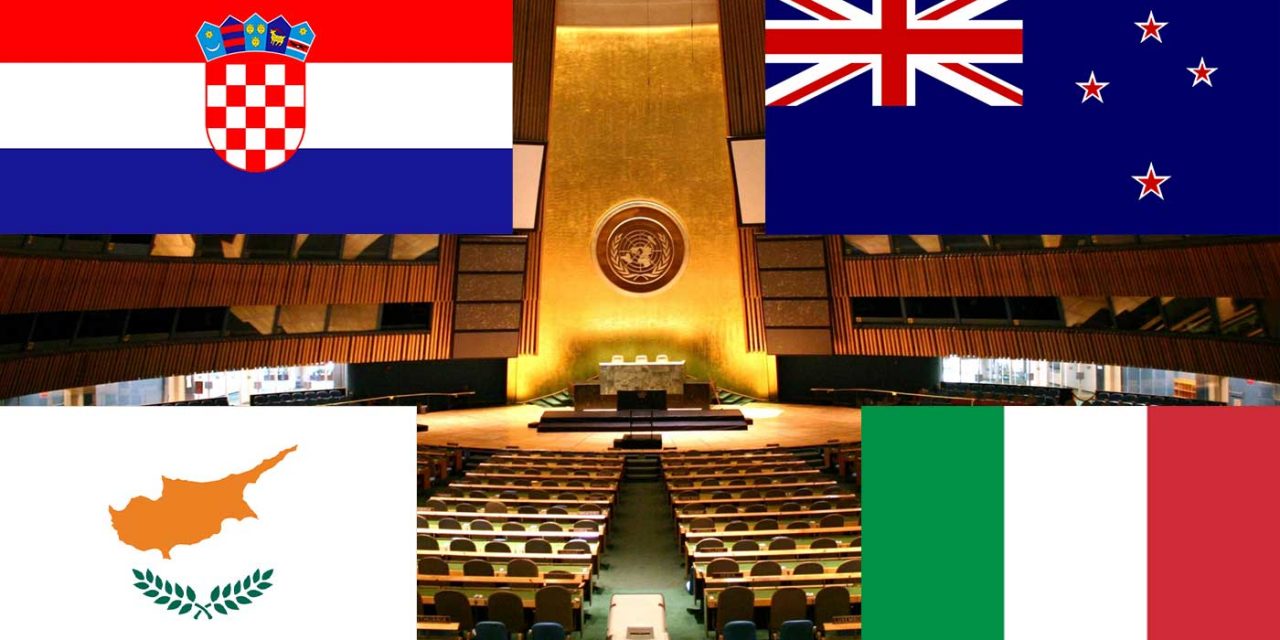 New Zealand, Italy, Croatia and Cyprus are the latest countries to announce they will not be attending the United Nations conference on racism later this month over concerns of anti-Semitism.

“Consistent with our long-standing position, New Zealand will not attend the 20th anniversary of the Durban Declaration conference in New York on 22 September 2021.”

The event is due to mark the 20th anniversary of the World Conference Against Racism in Durban, South Africa.

The infamous World Conference against Racism held in Durban in 2001 was overshadowed by notoriously trying to define Zionism as racism.

The 2001 event involved hatred, anti-Semitism and criticism of Israel that was excessive, disproportionate and unfair. Copies of anti-Semitic propaganda, including The Protocols of the Elders of Zion, were reportedly distributed at the parallel NGO conference and Jewish representatives were harassed. It was here that the ‘apartheid’ slur against Israel originated.

The UN General Assembly plans to hold a 20th anniversary commemoration of the Durban conference in New York in September where world leaders will be asked to call for the “full and effective implementation” of the 2001 Durban Declaration.

Thankfully, many nations are pulling out of the event, but just think about it. This is an event against racism but it was promoting anti-Semitism. It is no wonder Netanyahu called the UN the “theatre of the absurd”.

The other countries who are boycotting the conference are Australia, Austria, Bulgaria, Canada, the Czech Republic, France, Germany, Hungary, Israel, the Netherlands, the UK and the US.

The number of countries boycotting this year’s conference, 16, is greater than the 14 that opted out of the 2011 Durban Review Conference, and the 10 that did so in 2009.

Let’s pray many more countries pull out of this shameful event. Zionism is the belief that the land of Israel belongs to the Jewish people. It is backed up by the Bible, where God clearly gives the land of Israel to Abraham and his descendants as an eternal inheritance. That is not racism, that is God’s plan!