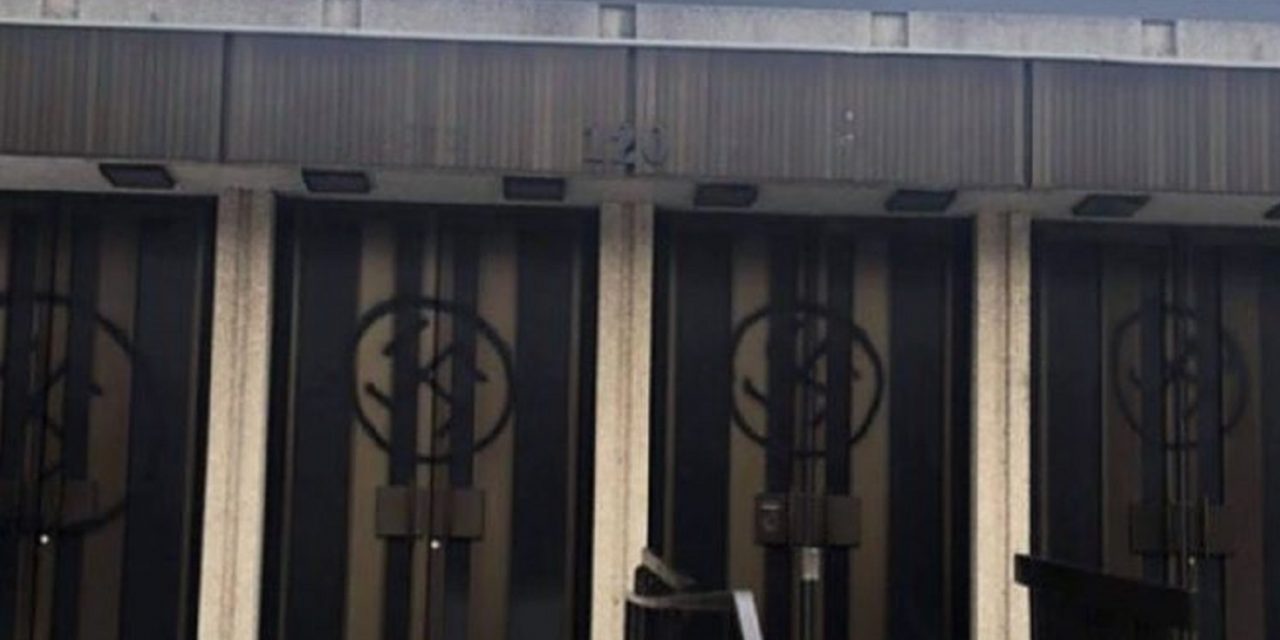 A Montreal synagogue that was attended by legendary poet and singer Leonard Cohen during his life was targeted by anti-Semitic vandals on Wednesday.

A series of large swastikas were daubed in black paint on the doors of Congregation Shaar Hashomayim, a 160-year-old Modern Orthodox synagogue that performed Cohen’s funeral when the performer passed away in 2016.

Police were summoned to the scene at 1:30 p.m. Wednesday and arrested a 28-year-old man they said would be evaluated for mental health problems, according to local news reports.

“The Jewish community is outraged by today’s vile assault on Congregation Shaar Hashomayim in Westmount,” the Montreal Jewish Federation declared in a statement. “This attack targets the entire community and all those who embrace civility and tolerance.”

The mayor of the Montreal district of Westmount, where the synagogue is located, denounced what she called “this antisemitic act.”