Miss Earth Lebanon has title revoked after photo with Israeli 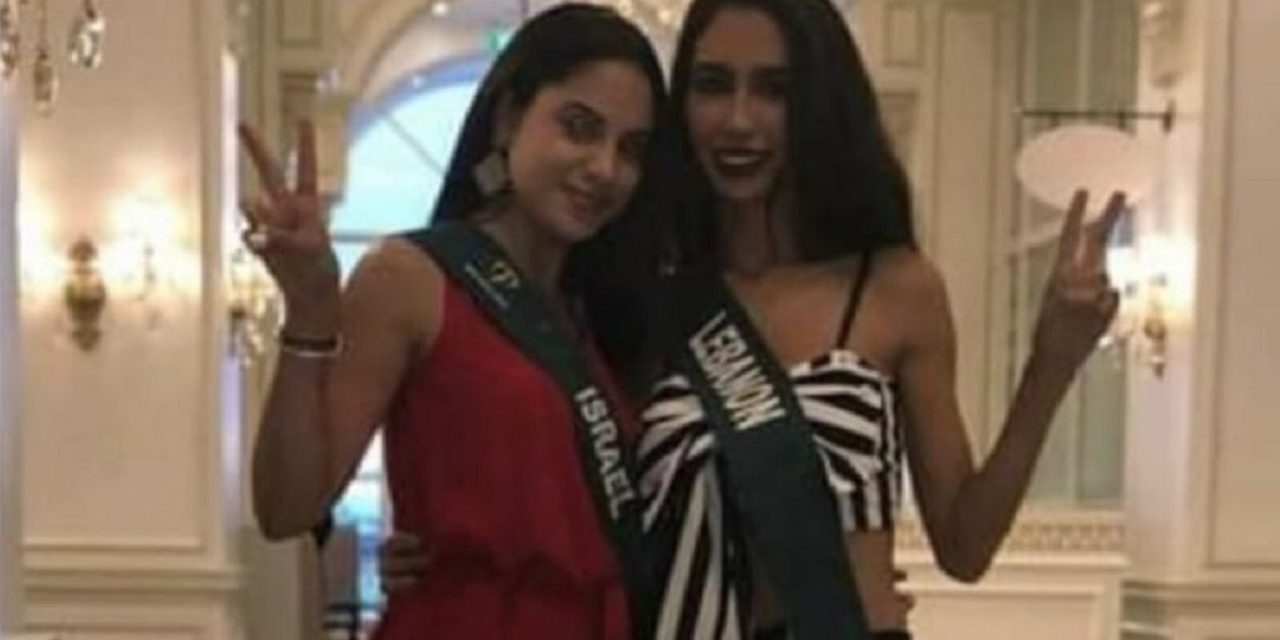 Miss Earth Lebanon has been stripped of her title after posing for a photo with Miss Earth Israel, according to media reports.

The Lebanese competitor, Salwa Akar, took for a photo with Israeli-Arab contestant Dana Zreik, and the image has circulated on social media.
Ofir Gendelman, the Arabic-language spokesman for Prime Minister Benjamin Netanyahu tweeted Tuesday that, after the photo, Akar “had her title revoked today in Lebanon b/c she ‘dared’ to take this photo w/ Miss Israel… Lebanese apartheid must be condemned.”
According to the Egyptian Al-Masry Al-Youm newspaper, Akar’s title was withdrawn after the photo of her with Zreik surfaced. On Tuesday, Akar posted on Facebook but did not mention the controversy: “My advocacy is to help people find peace and love within themselves so they can love each others and become peaceful with our mother earth,” she wrote.
According to Ynet, Akar claimed that Zreik spoke to her in Arabic, and she didn’t know she was Israeli. But the Lebanese pageant organizer said Zreik was wearing a sash reading Israel, and it did not accept the excuse.
The Miss Earth competition is set to take place for the 18th year running on November 3 in the Philippines. The pageant seeks to promote environmental awareness, and 89 countries are taking part this year. The participants arrived in the Philippines earlier this month to take part in several weeks of events and competitions.
Source: JPost
Share
Tweet
Email
More
297 Shares