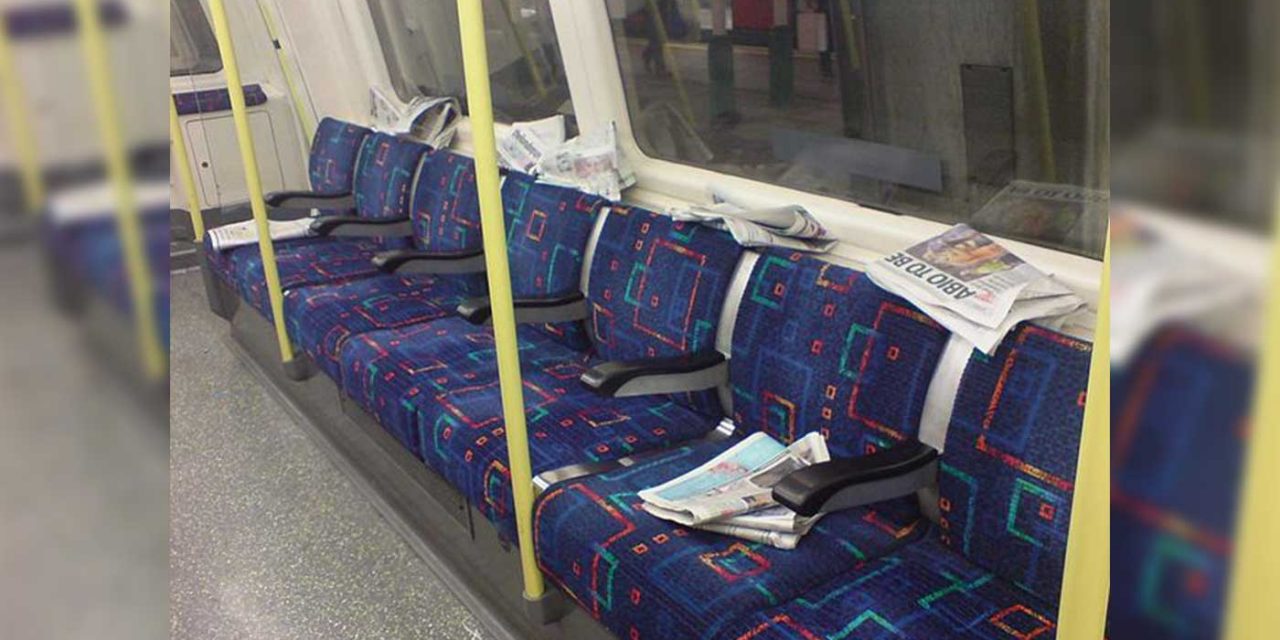 The Metro newspaper has come under fire after printing an anonymous letter in Friday’s edition which accused Jewish people of “hating Palestinians”.

The letter came from an anonymous email and was reacting to Dame Margaret Hodge’s criticism of the Labour Party’s handling of Chris Williamson MP.

Regarding responses to MP Chris Williamson’s readmission to the Labour Party, Dame Margaret Hodge, who is Jewish, said: “This shows that the complaints process is a complete sham. This is not zero-tolerance. This is letting your political pals back in and turning a blind eye to Jew-hate.”
Can Dame Margaret explain why every criticism of Israel is considered antisemitic? What about the Jewish people’s hatred towards the Palestinians? Why does she not mention that? Why the double standard? 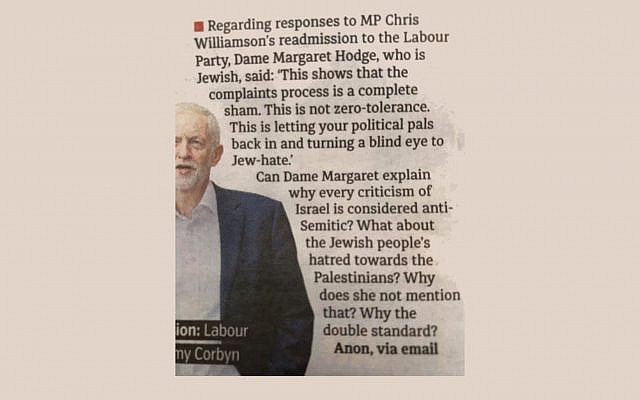 The problem with this letter is that it is not accusing “Israel” or anything. It is actually labelling “the Jewish people” as having a “hatred towards the Palestinians”. This is anti-Semitic.

It is important to point out that most hatred of Israel is rooted in anti-Semitism. There is little logic in opposing or hating Israel without there being a hatred of the Jews behind it. This is evidenced in the fact that most criticism of Israel is irrational and there are often double standards applied to Israel.

This letter is a good illustration of the naivety of anti-Israel critics. That they will downplay their own anti-Semitism whilst expressing anti-Semitic views and being in denial about anti-Semitism the whole time. Why? Because they are blinded by their hatred of Jews.

The editor who allowed this letter to be published in the Metro also appears to not know the difference between anti-Semitism and criticism of Israel. It not have been published.

The Metro newspaper has now apologised.

On Tuesday, a correction and an apology appeared. “A letter in Friday’s Metro wrongly accused Jewish people of being responsible for the actions of the Israeli government,” it read.

“We would like to apologise for any offence this caused. Metro does not endorse racial or religious bigotry of any kind.”