The International Atomic Energy Agency (IAEA) has now confirmed that Iran has breached the limit on its stockpile of low-enriched uranium, putting the Iranian regime in breach of the Iran Deal. This should be the last straw for the UK to end its involvement in this disastrous deal that has funded Iran’s terrorist ambitions and done little to stall its nuclear ambitions.

The International Atomic Energy Agency said its inspectors had verified the 300kg (660lb) cap had been exceeded.

Iran stepped up production of enriched uranium, used to make reactor fuel but also potentially nuclear bombs, in May, saying it was responding to sanctions reinstated by the US after President Donald Trump abandoned the deal.

The UK – one of the five other countries still party to the deal along with France, Germany, China and Russia – said it was “urgently considering next steps”.

The UK is still in denial regarding Iran.

A spokesman for Prime Minister Theresa May said, “The deal makes the world a safer place by taking the prospect of a nuclear-armed Iran firmly off the table.”

They have been telling us this deal makes the world “safe” since before 2015 and have repeated it as Iran has violated its terms, time and time again.

They said this when Iran tested ballistic missiles, in breach of the Iran Deal. They said this again when Israel exposed Iran’s secret pursuit of nuclear weapons whilst they were telling the world they were abiding by the Iran Deal (which they are not). And even today.

May’s spokesperson added, “We have been consistently clear that our commitment to the JCPOA depends on Iran complying in full with the terms of the deal and we urge them to reverse this step.”

Words have done nothing, so far, to persuade Iran. So no matter how much we “urge” Iran, they are not going to change.

Giving Iran tens-of-billions of pounds, which the Iran Deal has done, has empowered the Iranian regime, not stifled it.

Iran has advanced its military capabilities throughout the Middle East since 2015. The enemies of Israel are now more equipped than ever to attack the Jewish state. The rockets that Hamas used to fire at Tel Aviv last month, for example, came from Iran. The Hamas leader said so himself. And the Iranian army has also been showing off new military equipment in recent months, including a new submarine and fighter jets.

It is fair to say that the Iran Deal has failed. And it failed long before it was signed into being.

There is now hope that the UK can end its involvement. European nations had warned that any violation would bring consequences, and the deal allows for the re-imposition of multilateral sanctions that were lifted in return for Iran limiting its nuclear activities.

This means that the UK can now place sanctions on Iran, but only if it has the desire to do so.

In our view, the UK must impose sanctions and exert real pressure on Iran, using any means necessary to stop the rogue regime from obtaining nuclear weapons.

The UK must do this for a number of reasons. Not least, because the UK must stand shoulder to shoulder with our main ally in the Middle East, Israel, and with our closest ally in the world, the US.

For too long the UK has taken the side of Europe on this issue. Along with the EU, we have been trying to hold this broken deal together. It has now fallen apart completely. Not because of US sanctions or Trump’s withdrawal, but because it was already a broken deal to begin with. 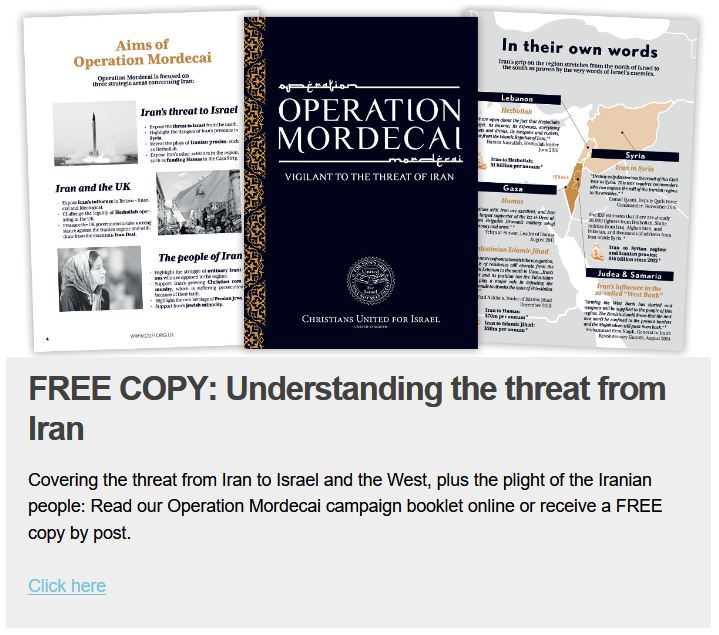