Police have confirmed that the flag of Iranian-backed terror group Hezbollah can be flown at next month’s Al Quds Day Parade in central London – because the organisation’s “political wing” is not proscribed by the British government.

According to the Jewish Chronicle, a letter sent to MP Louise Ellman, the vice-chair of the Labour Friends of Israel, said that police would allow the controversial flag to be raised once again at the June 10 parade because parliament had “consciously chosen” to proscribe only the military wing of Hezbollah – but the group’s flag is “shared across all elements of that organisation.”

Metropolitan Police Commander Jane Conners says in the letter that both she and Commissioner Cressida Dick “share concerns” that the raising of the Hezbollah flag on London’s streets “may be construed as belonging to a terrorist organisation.”

But Conners adds: “Purely holding a flag does not necessarily incite religious or racial hatred.

“It is the words or actions of the person holding the flag that can cause incitement.”

She adds that, under the Humans Rights Act, “being a member or supporter of the wider non-proscribed organisation is lawful” so long as the British government has not proscribed the whole of Hezbollah.

Reacting to the letter, Ms Ellman said:“The Metropolitan Police have confirmed that they cannot prevent the flying of the Hezbollah flag on Al-Quds Day due to the policy of this government.

“We must remove this false and ludicrous distinction between Hezbollah’s political and military wings from UK law, and I would urge the new home secretary to take this action immediately.

“If we see the machine-gun adorned flag of an antisemitic terror group on London’s streets again this June it will be due to the inaction of the government – they must act now.” 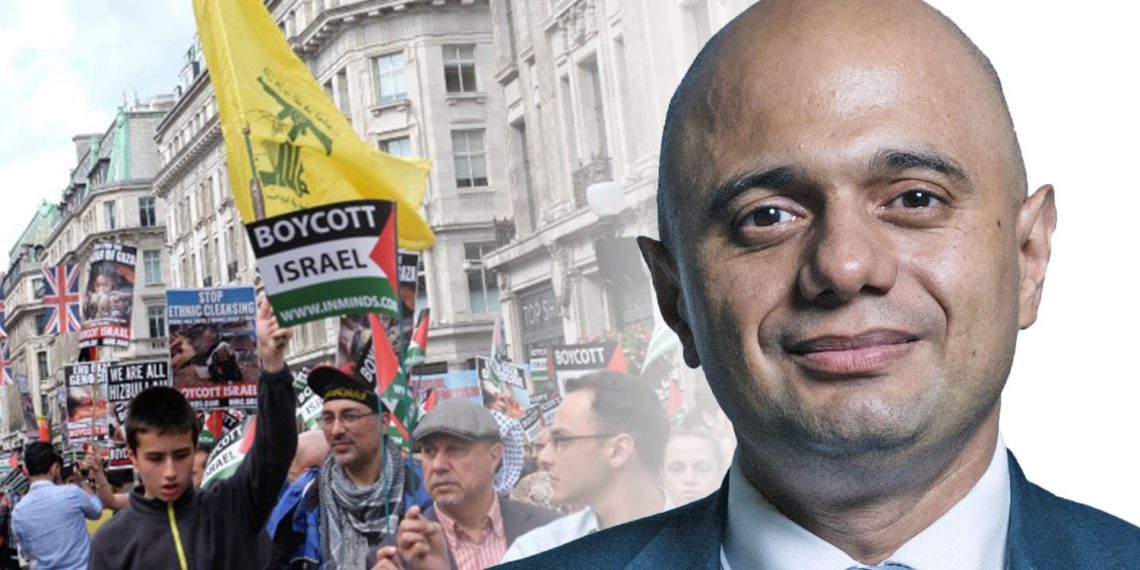