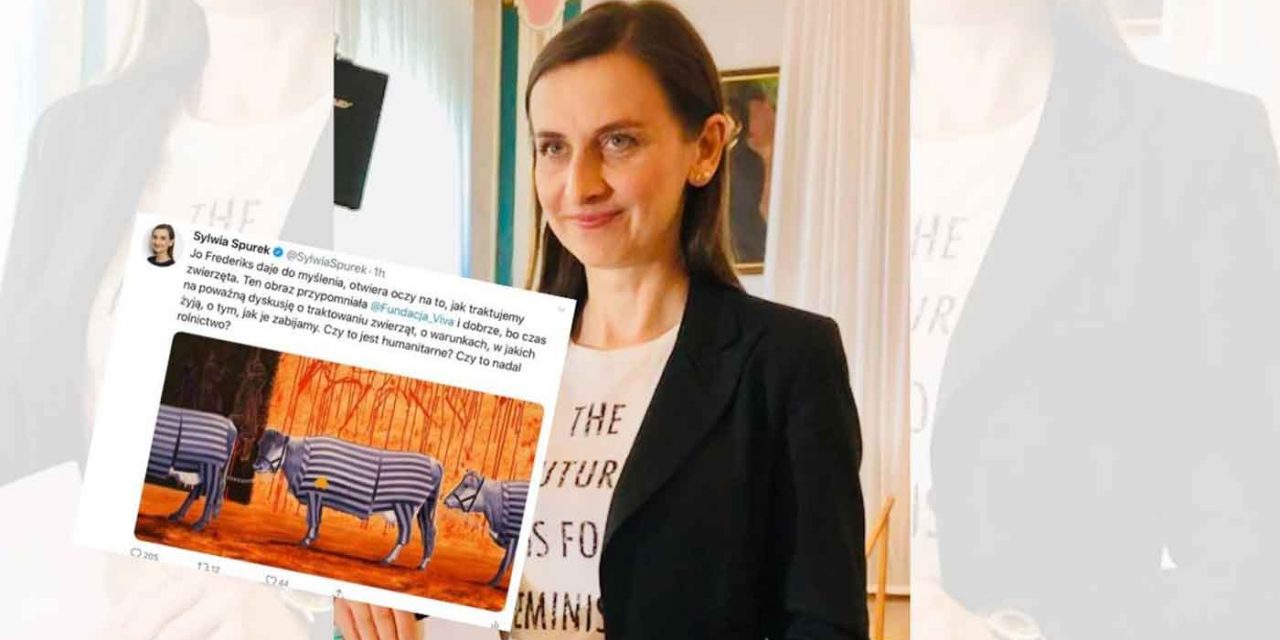 A Polish MEP who sparked a backlash after sharing an image depicting a herd of cows wearing the striped prison uniforms of Nazi camps has refused to apologise.

Sylwia Spurek, 43, a former deputy ombudsman for human rights, shared the image entitled “When will we ever learn,” depicting chained cattle lined up against a blood-stained backdrop, with a cow marked with a Star of David.

The six foot oil painting was created by the Australian animal rights activist Jo Frederiks, whose previous works appeared to draw comparisons between the Holocaust and animal agriculture.

In an email to Jewish News, Frederiks wrote: “The fact we exterminate over seventy-two billion sentient (land) animals every year for food is unjustifiable. Not to mention billions more used and abused for entertainment, clothing and research.

“That IS a Holocaust of incomprehensible magnitude. I am not the one demeaning and belittling the suffering of others. Society is. History has recorded the horror of how Jewish people and others were once regarded as inferior and disposable. However, society today exploits and disposes of those we consider inferior to us: nonhuman animals. Hence the title of the painting, When Will We Ever Learn. “

Spurek, who is a member of the Progressive Alliance of Socialists and Democrats, shared the image “When will we ever learn” on Wednesday, claiming in a tweet in Polish the illustration gives “food for thought”.

Spurek’s tweet, which called for a “serious” debate on animal welfare, sparked some outrage and drew media coverage in Poland.