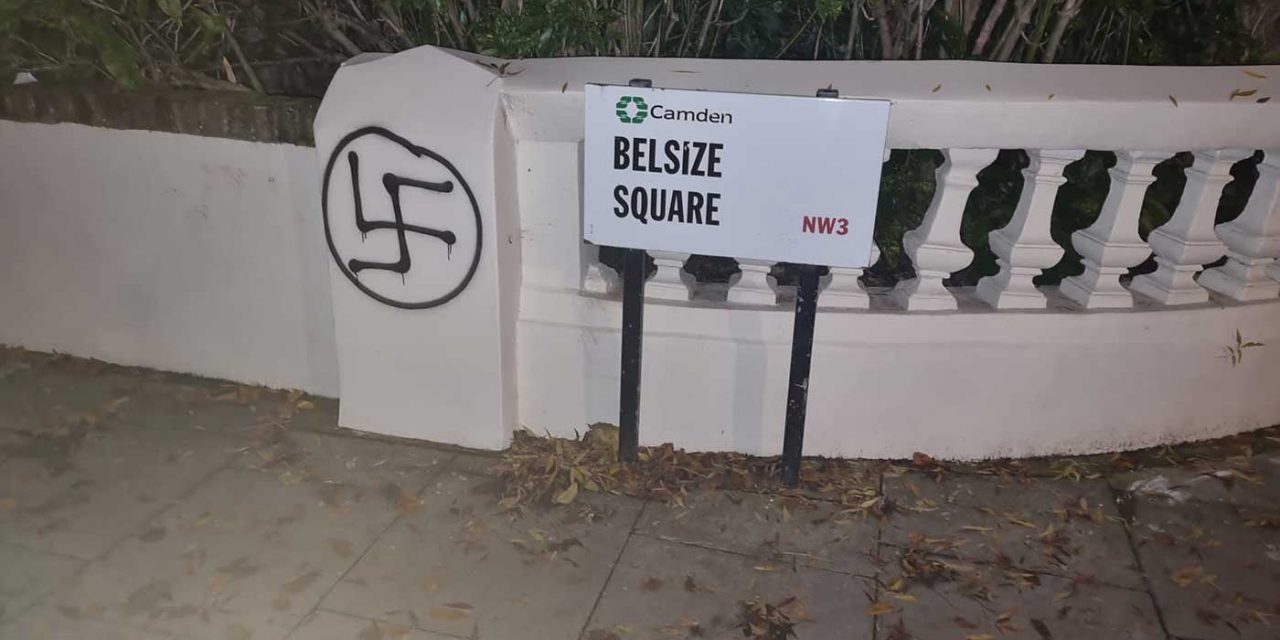 Police have arrested a man following spate of swastikas being daubed around Camden, northwest London.

Police confirmed that a 17-year-old who was arrested shortly after the graffiti had been reported was not the right person and that instead a man has now been arrested and is the primary suspect.

The Met Police released a statement on Thursday saying: “Detectives investigating criminal damage to a number of buildings in Camden have arrested a man.

“The man, aged in his early 40s, was arrested on Wednesday, 3 November on suspicion of racially aggravated criminal damage.

“He has been sectioned under the Mental Health Act and remains in the care of medical professionals.”

They added that at this time police are not looking for anyone else in connection with this investigation.

Early next year, Israel is set to become the first country in the world to channel desalinated water into a natural lake — the Sea of Galilee.One of the lowest-lying bodies of water on...
Read More
Share
Tweet
Email
More
127 Shares