Lord Sugar: If Corbyn becomes PM that will “be the day Britain died” 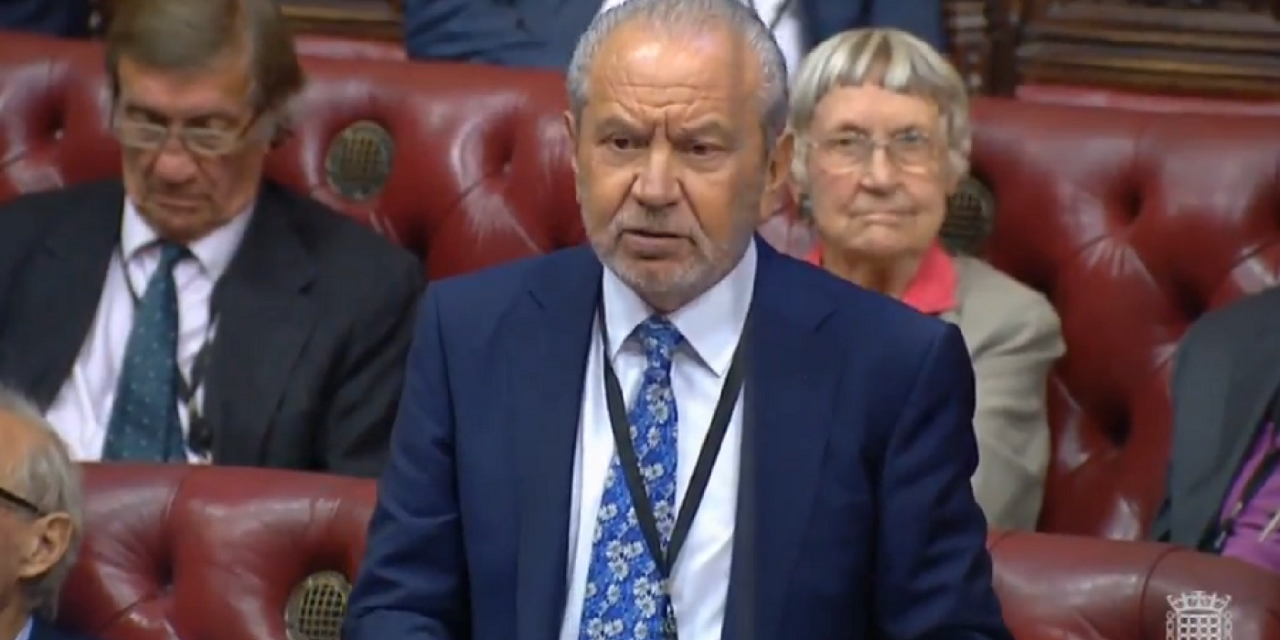 Lord Alan Sugar has urged the UK government to “use all efforts to ensure that Jeremy Corbyn does not become the leader of our country”, warning that it will be “be the day Britain died” if the Labour leader comes to power.

The Jewish peer and Apprentice host was speaking in a debate on antisemitism, titled “Reassuring the Jewish community over the impact of antisemitism”, held in the House of Lords on Thursday afternoon, during which he suggested that political calculations were one reason for the Labour leader’s inaction on the issue.

MUST WATCH!@Lord_Sugar addressing @UKHouseofLords during the debate on #antisemitism
"My request to the UK government is to extinguish the flame and use all efforts to ensure that @JeremyCorbyn does not become the leader of our country because that will be the day Britain died!" pic.twitter.com/X25e55iMrB

Lord Sugar told the House: “The Labour leader allowed the issue of alleged antisemitism in the Labour Party to ramble on for months. What kind of leader is he not to take his party by the scruff of the neck and make them see sense and kill the matter off once and for all?”

He called on Mr Corbyn to “terminate the obsession of the hard left with Israel and Palestine and focus on the far more pressing matters of Brexit and jobs.”

Lord Sacks recalled the many years in which “hatred went unchecked, and no-one said stop”. He said he had not anticipated seeing the rise of such hatred again in his lifetime, and expressed gratitude to Lord Popat for initiating the debate.

He said that the Labour leader had “allowed the issue to rumble on for months. What kind of leader is he not to take his party by the scruff of the neck and make them see sense and kill the matter off, once and for all?” He described far-left activists such as Peter Willsman as “a complete and utter clown”, and reiterated that in voting terms, Mr Corbyn “simply does not care” about the Jewish community. He urged his fellow peers “to use all efforts to ensure that Jeremy Corbyn does not become leader of this country”.

Ending his speech, he said: “We’re all familiar with the term ‘there is no smoke without fire.’ My request to the UK government is to extinguish the flame and use all efforts to ensure that Jeremy Corbyn does not become the leader of our country; that will be the day Britain died.”

During the debate, a number of Jewish and non-Jewish peers accused Mr Corbyn of antisemitism.

Lord Sacks, who recently likened comments of Jeremy Corbyn about some “Zionists” to Enoch Powell’s infamous “Rivers of Blood” speech, said: “A thousand years of Jewish history in Europe added certain words to the human vocabulary.

“Antisemitism is the hardest of all hatreds to defeat, because like a virus it mutates, but one thing stays the same. Jews, whether as a religion, or a race, or the State of Israel, are made the scapegoats for problems for which all sides are responsible. That is how the road to tragedy begins.”

WATCH-As ever, incredibly moving, passionate and eloquent from @rabbisacks on 'the virus of antisemitism' pic.twitter.com/jr0EvmgGoZ

Lord Sacks described how “antisemitism or any hate becomes dangerous when three things happen. First, when it moves from the fringes of politics to a mainstream party and its leadership. Second, when the party sees that its popularity with the general public is not harmed thereby. And three, when those who stand up and protest are vilified and abused for doing so.

“All three factors exist in Britain now. I never thought I would see this in my lifetime. That is why I cannot stay silent, for it is not only Jews who are at risk; so to, is our humanity.”