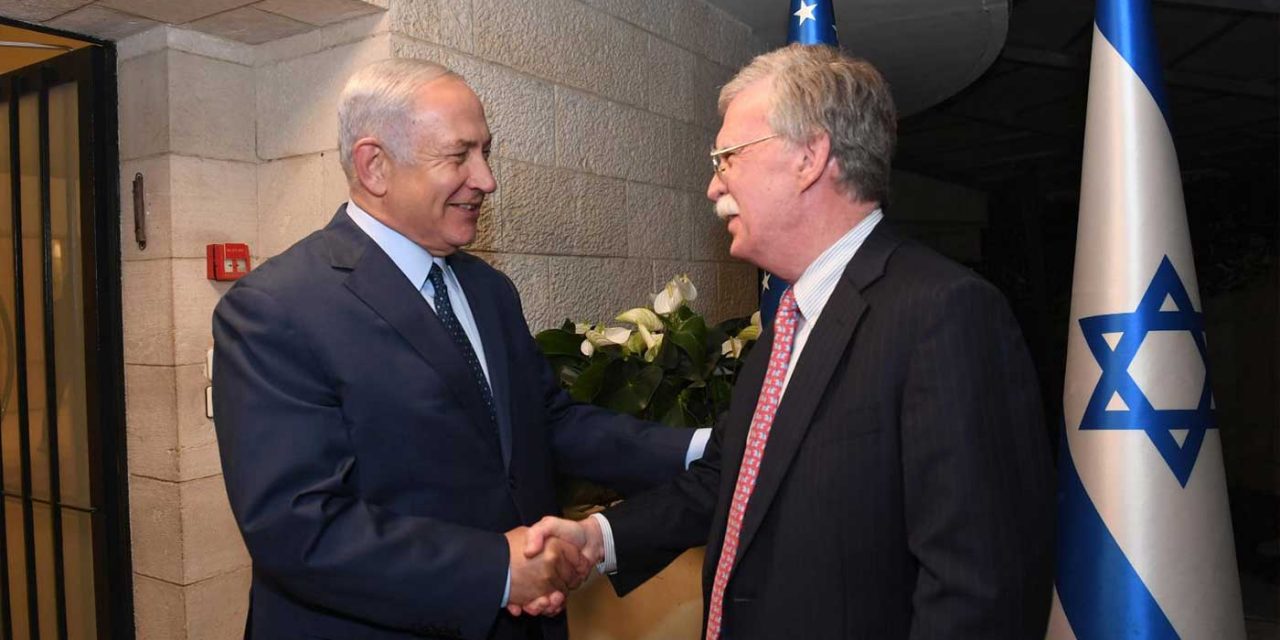 John Bolton has laid out the plans of the United States government to protect itself and its allies, namely Israel, from the investigations of the International Criminal Court.

In May, the Palestinian Authority requested a formal ICC investigation against Israel. Trump’s national security advisor made it clear this week that America would defend Israel from any Palestinian attempt to attack the Jewish state through the court.

On Monday, I announced the US will not cooperate with the illegitimate International Criminal Court, will provide not assistance to the ICC, and will not join the ICC. We will let the ICC die on its own. See key excerpts of my speech here: https://t.co/OpuywbQbdL

Bolton declared to those gathered, “we will not cooperate with the ICC, we will provide no assistance to the ICC and we certainly will not join the ICC. We will let the ICC die on its own. After all, for all intents and purposes, the ICC is already dead to us.”

“While the court welcomes the membership of the so-called ‘state of Palestine,’ it has threatened Israel, a liberal, democratic nation, with an investigation into its actions in the West Bank and Gaza to defend its citizens from terrorist attacks. . .

“The United States will always stand with our friend and ally Israel. And today, reflecting congressional concern with Palestinian attempts to prompt an ICC investigation of Israel, the Department of State will announce the closure of the Palestine Liberation Organization office here in Washington. . .”

“This afternoon, we also make a new pledge to the American people:  If the court comes after us, Israel or other U.S. allies, we will not sit quietly. . . We will ban its judges and prosecutors from entering the United States.  We will sanction their funds in the U.S. financial system, and we will prosecute them in the US criminal system.  We will do the same for any company or state that assists an ICC investigation of Americans.”