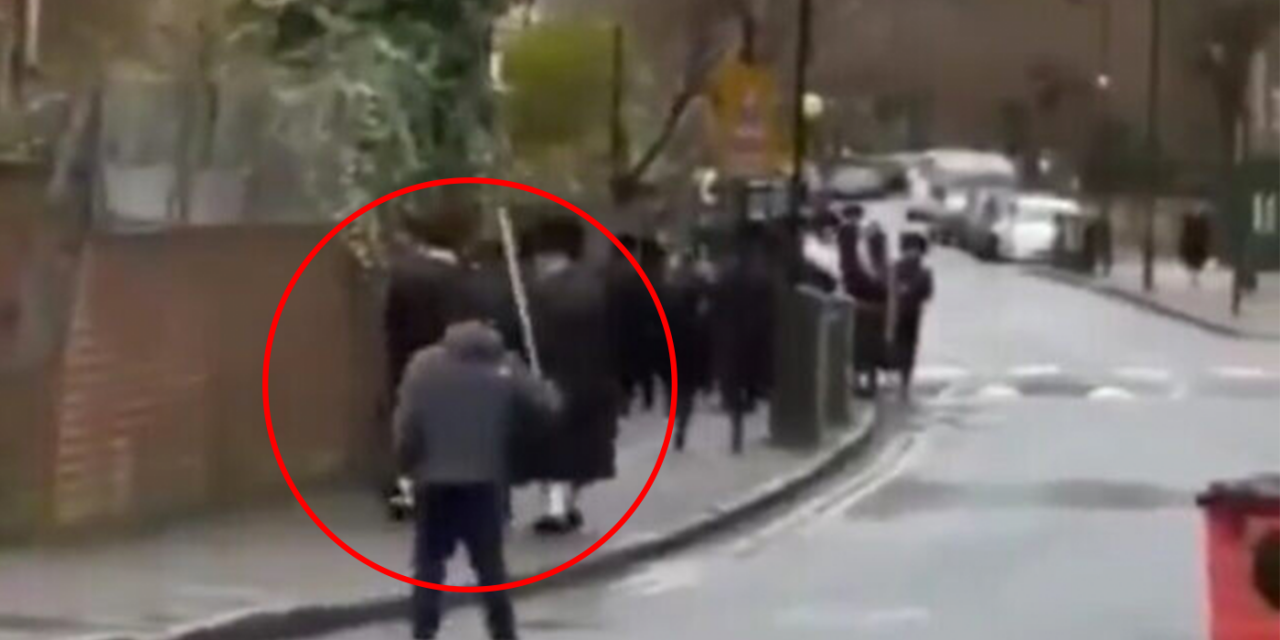 Police have arrested and are investigating what could possibly be an anti-Semitic hate crime after a man chased Jewish families and threatened them with a large stick as they made their way to synagogue last Saturday in Stamford Hill.

In the footage, a man can be seen walking down the street after Jewish families as they make their way to synagogue. He is angrily shouting at them to call the police on him as he waves a large stick and threatens them. Fortunately, the man appears to have a hurt leg and can’t move very quickly towards them, thwarting him from catching up with those he is pursuing. Despite this, it was clearly a scary situation for those involved, especially for the children who can be seen fleeing the angry man.

What’s equally shocking about this incident is the laughter and mockery of those recording the incident. It is unclear what is happening behind the camera, but the conversion reveals shopkeepers laughing and refusing to help call the police.

Some people on social media have commented on how they are more shocked at the response and comments from those looking on than the actions of the attacker himself. It is sad to see such actions taking place against the Jewish people, seemingly born out of

In a statement, the police said it “were initially called to Cranwich Road, Stamford Hill, N16 at 09:32hrs on Saturday, 2 January following reports of a disturbance involving a man brandishing a large stick. Further calls established that the man then moved into Bethune Road where the disturbance continued.

“Officers attended and stopped a 29-year-old man at the scene. He was arrested on suspicion of attempted robbery and was taken to a north London police station. After an initial review, officers determined that the incident should be classified as a public order offence, not an attempted robbery. The man was released under investigation on Sunday, 3 January and enquiries are ongoing

“These will include consideration of whether any offences were religiously or racially motivated.

“We are aware of a video that has since been shared online which appears to have been filmed during this incident. It shows that there were a number of people present at the scene who would have witnessed what happened. Anyone with information is asked to call 101 or tweet @MetCC quoting CAD1524/02JAN.”