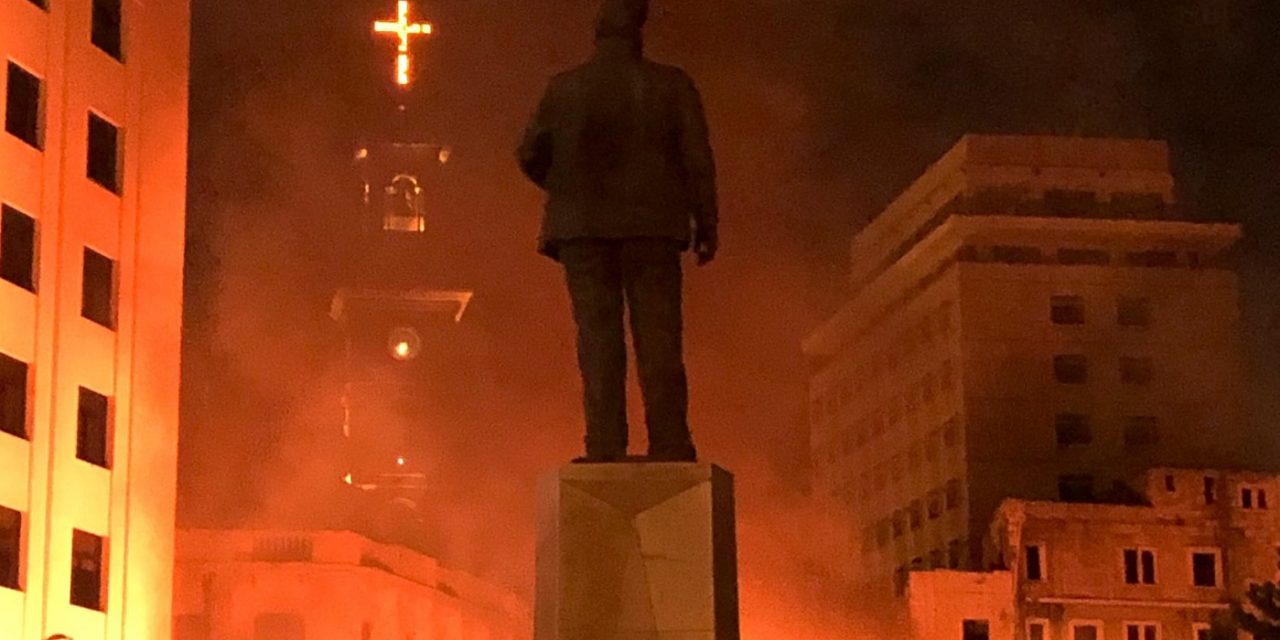 Violent protests have continued across Lebanon over the handling of the country’s economic crisis.

At the weekend, protesters in the capital, Beirut, and in the northern city of Tripoli, threw stones and fireworks at police who used tear gas and rubber bullets.

The Lebanese pound has fallen to record lows, having lost 70% of its value since October when protests began. The financial crisis has worsened during the coronavirus pandemic.

But some protesters have also been calling  for the disarmament of the Hezbollah terrorist group, leading to violent clashes with Hezbollah supporters.

Meanwhile, Hezbollah leader Hassan Nasrallah gave a speech on Tuesday threatening to kill anyone who tries to take away Hezbollah’s weapons.

“To anyone who gives us the option of dying with our weapons or of starvation, I say that the weapons will remain in our hands and we will not go hungry, we will kill you. We will kill you.”

The harsh rhetoric exceeded the usual boasting by Hezbollah and was a direct threat to the US and internal Lebanese protesters that any pressure on Hezbollah will be met with violence.

Hezbollah is angry that US sanctions on Syria are harming the economy in Lebanon and that there are voices who think Hezbollah should stop maintaining itself as an armed force within Lebanon.

In the Bible, God makes it clear that He will bless those who bless Israel and curse those who curse Israel. This promise is seemingly ringing true for Unilever, the parent...
Read More
Share
Tweet
Email
More
335 Shares