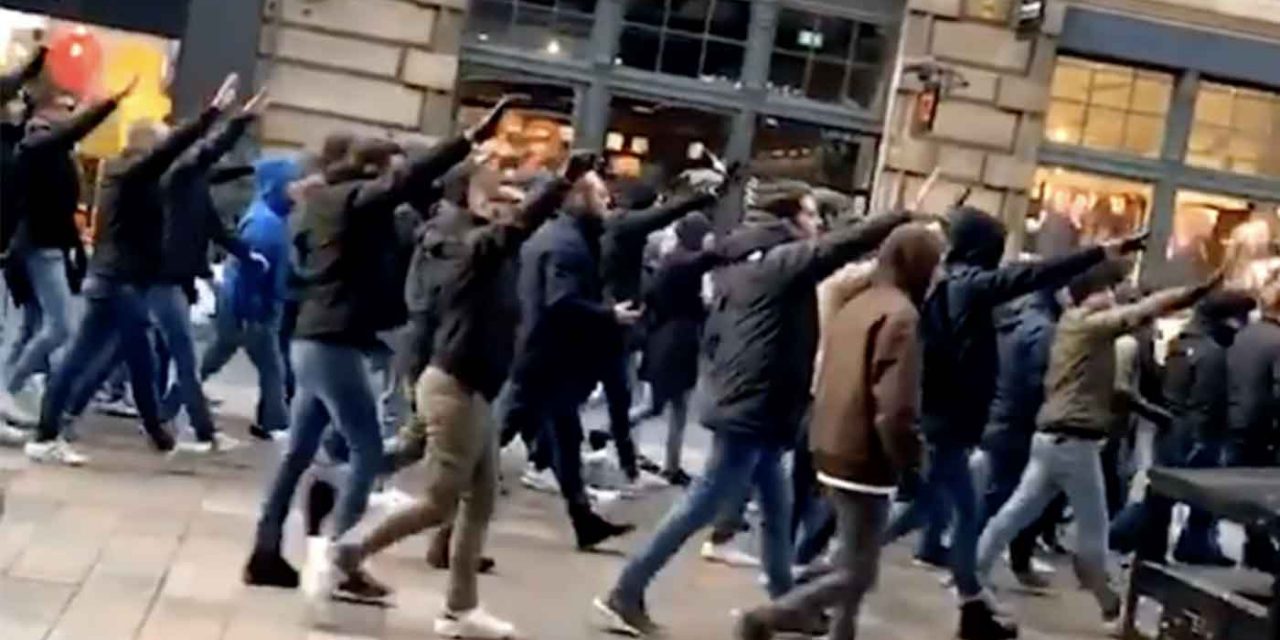 Football fans attending a match in Glasgow have been filmed walking through the streets making Nazi salutes.

The 700 visiting Lazio fans for their team’s match against Glasgow Celtic had to be escorted through the streets by 100 police officers on Thursday.

But meanwhile Ajax fans aren't allowed to go to Chelsea away for some small things in Spain..pic.twitter.com/a2zMEp0Zpe

UEFA recently ordered a partial stadium shutdown of Lazio’s Stadio Olimpico grounds as a sanction for their supporters’ fascist gestures and chants.

In a statement issued before the match, Lazio implored its fans not to behave inappropriately: “Scottish law punishes any act of violence, racism, xenophobia and intolerance, especially during sporting events.

“We therefore appeal to the civic sense of the fans to avoid behaviour that can generate reactions from local authorities.”

The fans were also filmed urinating in the street.

The video of the racist behaviour has come to light just a week after an England match was halted twice because of Bulgarian fans making Nazi salutes and monkey chants at black players on the pitch.