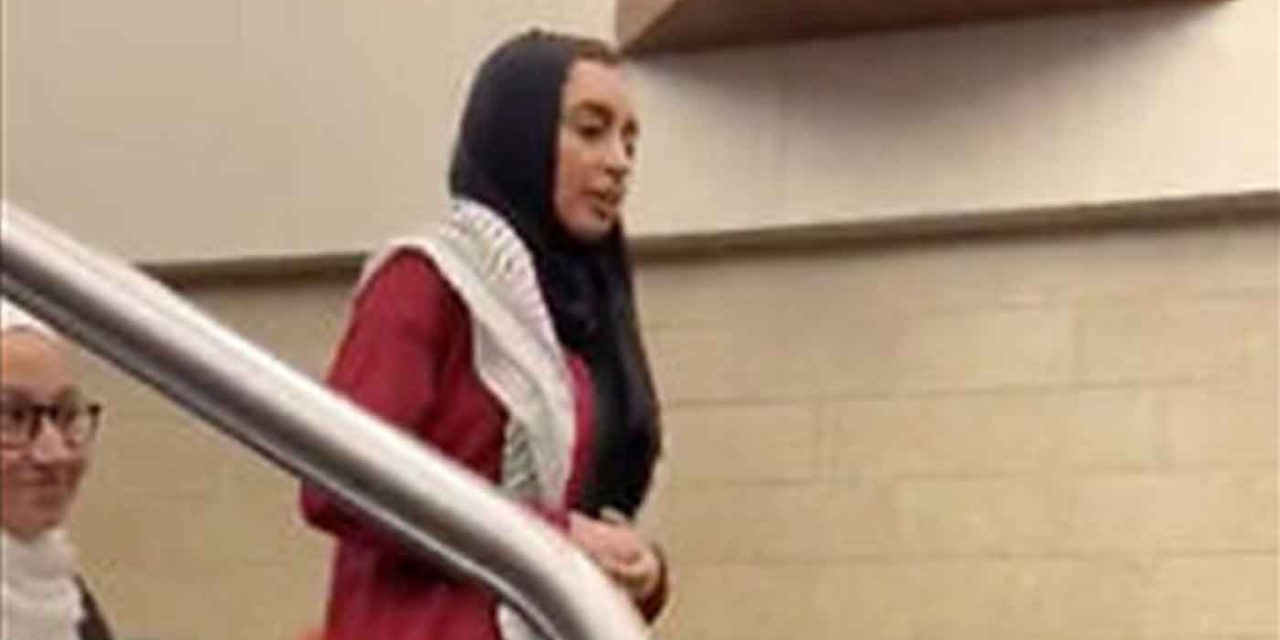 A Palestinian student at the Catholic Benedictine University, about 30 miles west of Chicago, called on a Holocaust survivor to compare the murder of 6 million Jews to Israel’s alleged treatment of the Palestinians, followed by her walking out on his speech after he declined to do so.

After a speech last week by visiting scholar Harold Kasimow, who survived the Holocaust as a child, Benedictine senior Ayah Ali asked if the Shoah was like the current treatment of Palestinians by Israel, according to her Twitter page, which is affiliated with the school’s Students for Justice in Palestine chapter.

“You were willing to share your story with us, but I wanted to bring your attention towards a similar story,” said Ali. “I’m sure you know about what’s happening in Palestine, and my question to you is, do you support or do you condemn the establishment of the Zionist Israeli state, and whether it’s OK to exile and completely—the complete ethnic cleansing of the Palestinian people, the way that the Jewish people were exiled and ethnically cleansed?”

Kasimow responded that the Israeli-Palestinian conflict is “not an area of my experience” and even though he is “not happy with the government” in Israel, the Jewish state has a right to exist.

Ali responded that she’s “a result of experiences that you’ve been through. I am a survivor of the intifada,” adding that “it’s disappointing to know that a Holocaust survivor would remain neutral in a situation of injustice.”

Kasimow replied, “It’s not a matter of neutral; it’s not total guilt or innocence on either side.”

Following that response, Ali walked out.