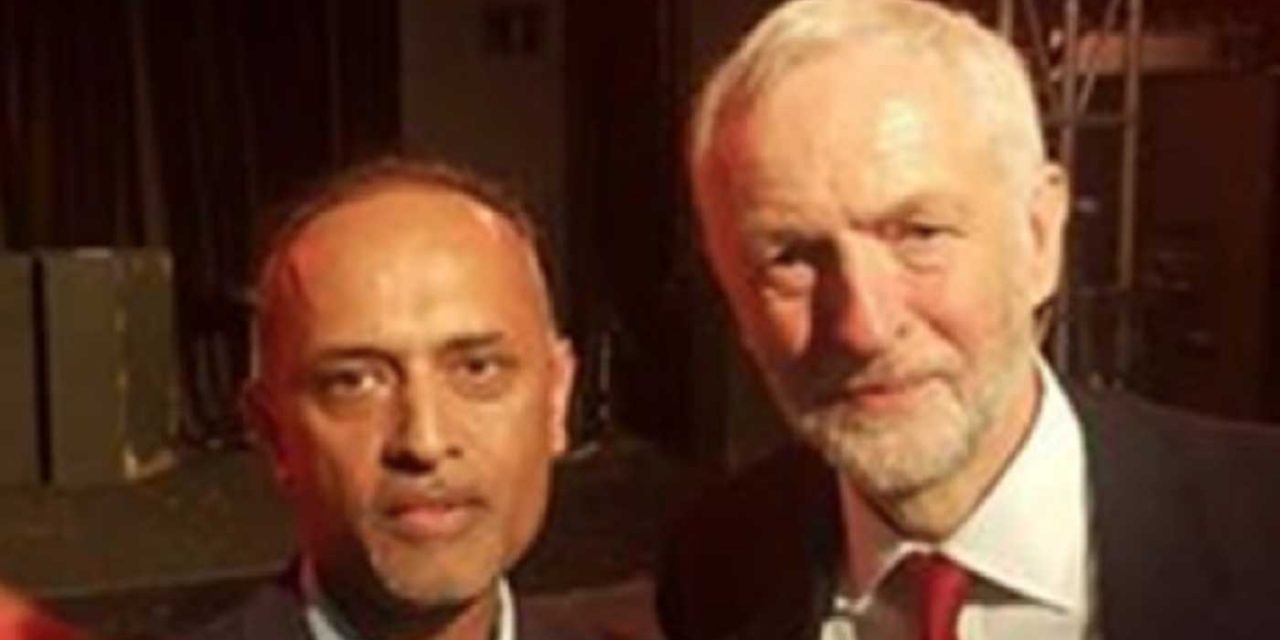 Labour has once again been forced to suspend a member of its party because of anti-Semitism marking another blow to the moniker of being an anti-racist party.

Mohammed Yasin was the West Midlands regional organiser for Labour. He was a campaign manager, recruiter and was responsible for developing teams of volunteers. His role saw him working with MPs and parliamentary candidates in 59 constituencies across the West Midlands.

Yasin stepped down from his role on Saturday after The Sunday Times approached Labour with a selection of his Tweets.  The party then suspended Yasin’s membership from the party.

According to the Times report, Yasin’s social media was full of anti-Semitic content.

In February 2016, Yasin tweeted that “Jews are responsible for all the wars in the world,” accompanied by a picture of two people laughing, with the caption “When someone tells me its not the Jews”.

He also allegedly shared a video accusing the Rothschilds of being the world’s “most wicked and wealthiest family,” and a cartoon accusing Israel of committing genocide against Palestinian Arabs. Yasin claimed that the 9/11 terror attacks were hoax created by Western leaders.

In another post, Yasin wrote “US imperialism needs Israel to keep the masses permanently at war.” Yasin also reportedly shared a post showing a rabbi next to the words: “Goyim [non-Jews] were born only to serve us. They have no place in the world — only to serve the people of Israel.”

As expected, Yasin claims that he was “not aware” of whether or not he had posted the comments which appeared on his account. His Twitter feed has now been removed.

According to Breitbart, Yasin is believed to be the first paid member of staff to be implicated in Labour’s anti-Semitism scandal and he appears to have been on Labour’s payroll at the time of his anti-Semitic activity.

It was recently revealed that Labour has warned party members who have filed reports regarding anti-Semitism within Labour not to publicise their complaints, saying that members who ignore the order could face punishment.

Party officials within Labour have ordered members with complaints to keep “your complaint private”, warning that failure to do so could result in the party dropping its investigation of the complaint, as well as sanctions against the party member who reported the case of anti-Semitism.

“Ensure you keep all information relating to your complaint private and do not share it with third parties or the media (including social media),” party members who filed complaints were told, The Daily Mail reported Sunday.

“If you fail to do so, the party reserves the right to take action to protect confidentiality, and we may be unable to consider your complaint further. You may also be liable to disciplinary action for breach of the party’s rules.”

The group ‘Labour Against Anti-Semitism’ excoriated the party leadership for what it said amounted to ‘bullying’.

“Instead of tackling anti-Semitism, Labour is trying to intimidate and punish those who are speaking out against it. We won’t be bullied and we won’t be silenced.”