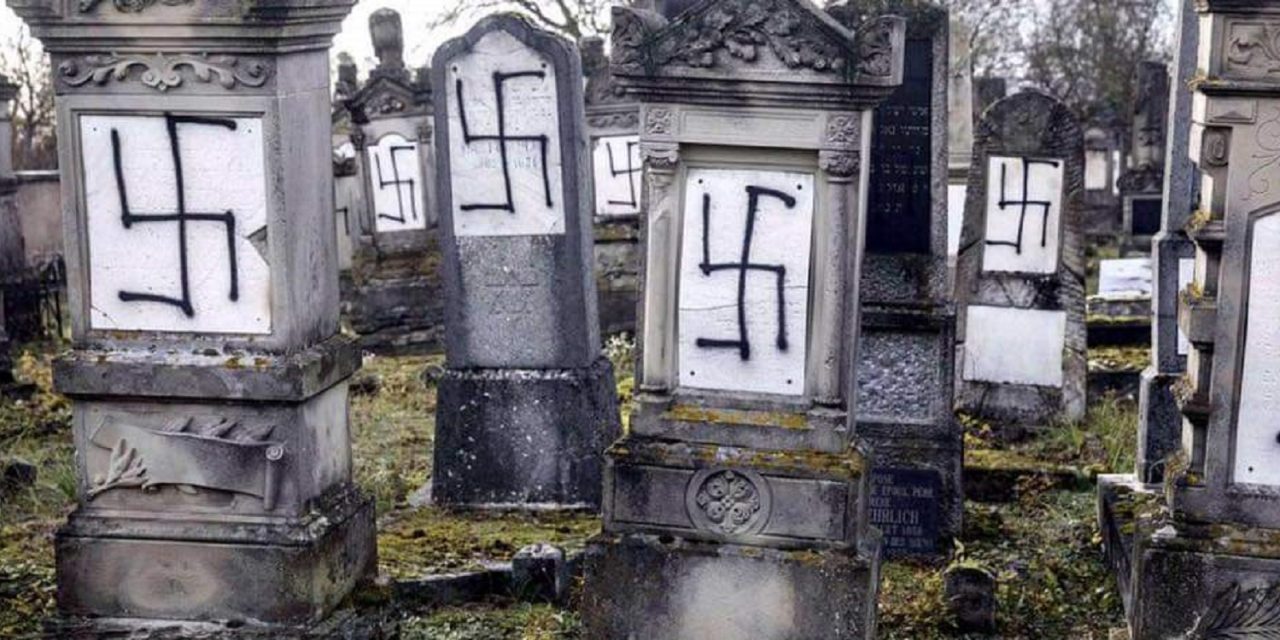 A Jewish cemetery in the French city of Strasbourg was vandalised with anti-Semitic graffiti only hours before an Islamist terrorist went on a gunfire rampage near the Christmas market of Strasbourg, killing three people.

A memorial to Holocaust victims and 37 gravestones were sprayed with anti-Semitic graffiti in the heinous attack on Tuesday.

On Friday a special ceremony took place at the cemetery to denounce anti-Semitism and remember Holocaust victims.

France’s Interior Minister Christophe Castaner was among the participants at the Herrlisheim cemetery.

“When a place of recollection is desecrated, the whole republic is defiled,” he tweeted Friday. “I came this morning to support the Jewish community and all the inhabitants of Herrlisheim after the anti-Semitic and xenophobic degradations committed in this Israelite cemetery.
“Everything is being done to identify and catch the authors of this profane act. I have full confidence in the police, which is conducting forensic investigations. These heinous acts cannot remain unpunished.”

The French government sounded the alarm last month over a sharp rise in anti-Semitic acts this year in France, which is home to Europe’s largest Jewish population.

Police registered a 69 per cent rise in the number of anti-Semitic acts in the first nine months of 2018, compared with the same period last year.