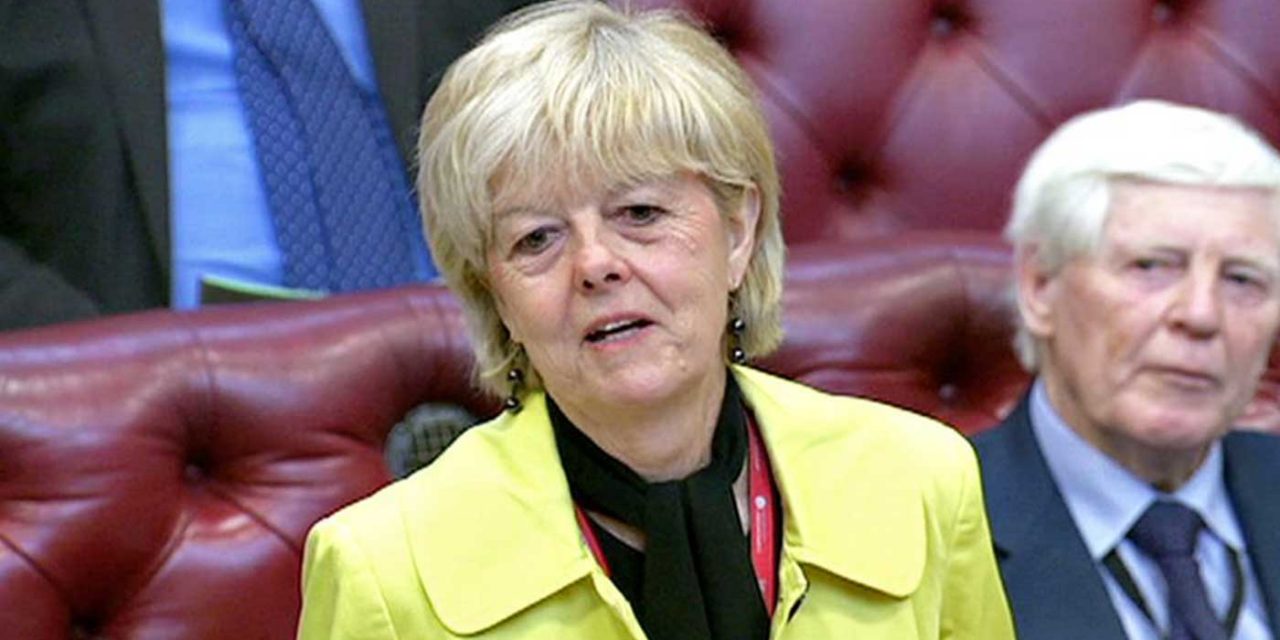 A senior Labour peer has been sacked as shadow Brexit minister for saying Jeremy Corbyn was leading the party with a “bunker mentality”.

At a meeting of the centre-left Labour First group earlier this week, Baroness Hayter was reported to have said: “Those of you who haven’t [read the book] will have seen the film Bunker, about the last days of Hitler, where you stop receiving any information into the inner group which suggests that things are not going the way you want.”

The peer was critical of Mr Corbyn’s inner circle, who she claimed had refused to give the party’s ruling National Executive Committee key information on party finances, membership figures and anti-Semitism data.

It is important to point out that Baroness Hayter did not compare Corbyn or his leadership team to Hitler or the Nazis, but used them as an example of what “bunker mentality” is.

The Labour party were swift in their response and twisted her words to sound like she accused Corbyn of being like Hitler. This is a line the media have also used in misleading headlines to help spread this falsehood.

It is shocking that a Labour peer who has served her party for years can be sacked immediately for this, yet when Ken Livingstone made numerous comparisons to Hitler and Zionists, which alienated a large number of Labour supporters and the vast majority of Jews in Britain (not to mention being anti-Semitic), he was not sacked at all. In fact, he stepped down after two-years of inaction by the leadership.

This shows a shocking double standard and, in fact, proves the point that Corbyn’s leadership is employing a “bunker mentality”.

Regardless of the context, a Labour spokesman described her remarks as “deeply offensive”.

“Dianne Hayter has been sacked from her frontbench position with immediate effect for her deeply offensive remarks about Jeremy Corbyn and his office,” the spokesperson said.

“To compare the Labour leader and Labour Party staff working to elect a Labour government to the Nazi regime is truly contemptible, and grossly insensitive to Jewish staff in particular.”

The peer remains Labour’s elected deputy leader in the House of Lords.

The BBC’s assistant political editor Norman Smith made the observation that “at first glance” it looked as if Mr Corbyn was cracking down on the type of language used by Baroness Hayter.

“But the person who made those comments has been one of the those more prominent critics of Mr Corbyn,” he said.

“What this will look like is Mr Corbyn wanting to take out some of his more prominent critics.”

Labour MP Wes Streeting, tweeted that the sacking was a “gross over-reaction” to the comments, but said it did “reinforce what she did describe, which was a bunker mentality at the top”.

“Nice to know that swift action is taken to protect Jeremy Corbyn’s feelings, but shame we can’t act against racists,” he said.