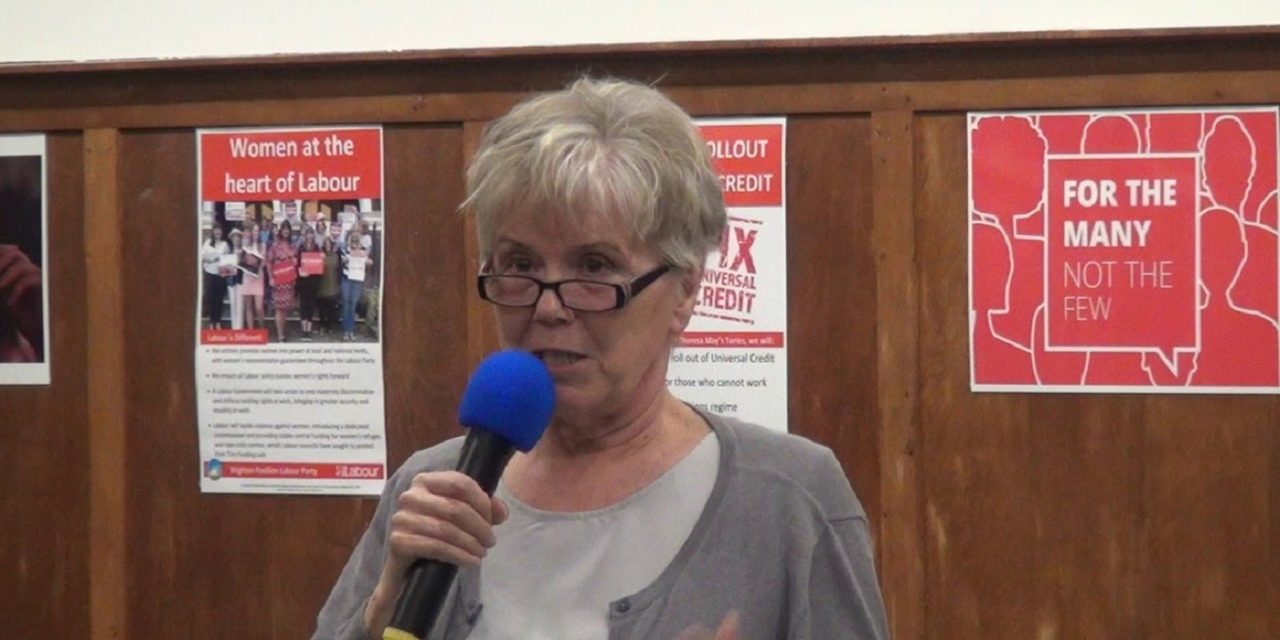 A senior Labour councillor has been suspended after two allegedly anti-Semitic Facebook posts emerged, putting the party’s minority control of the council at risk, says Brighton and Hove news.

Anne Pissaridou, chair of the environment, transport and sustainability committee, was reported to the party’s compliance unit last week.

She is the second councillor selected by the party on a Momentum slate to be reported for alleged anti-Semitism. Councillor Nichole Brennan stood down in March and remains under investigation but has not been suspended. 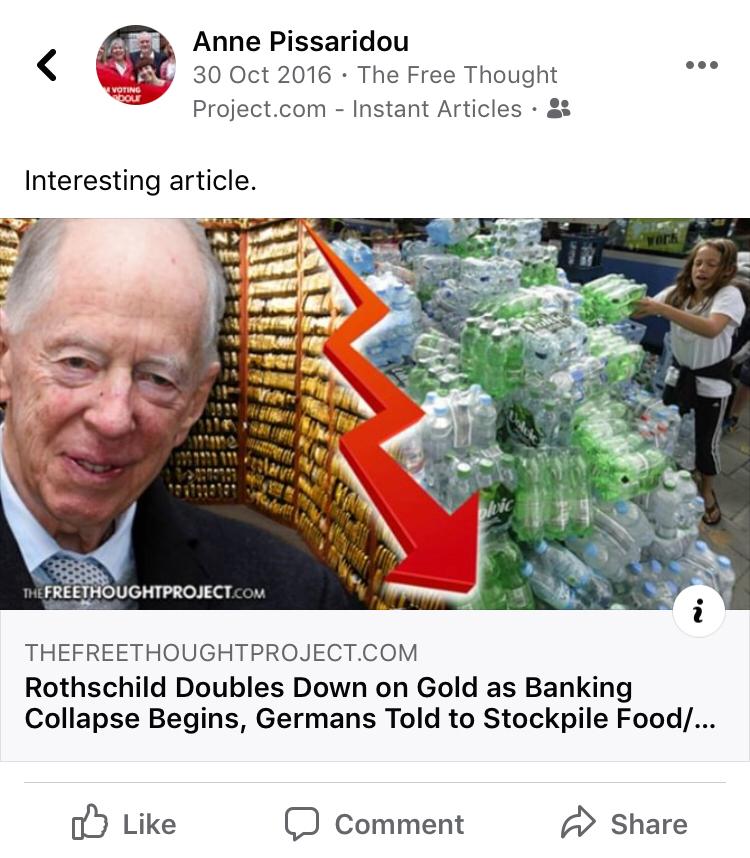 In May last year, Labour won just one more seat than the Green party.

Councillor Anne Pissaridou said: “I am deeply sorry for my actions and any distress I have caused to the Jewish community.

“This happened several years ago, before I was a councillor, and the posts I shared do not reflect my views.

“I do not seek to excuse my mistake. I deeply regret not properly reading information before sharing such hurtful links.

“I am aware of the complaint that has been made to the Labour Party and will fully co-operate with any investigation.”

The first post, made in October 2016, was of an article from a conspiracy theory website which linked one of the Rothschilds with what it claimed was the imminent collapse of the German banking system and warnings to stockpile food.

It was illustrated with a picture of a smiling  Sir Jacob Rothschild surrounded by bars of gold contrasted with an anxious child grabbing bottles of water, and stated that his family had been in “de facto control of the world’s central banks for centuries.” 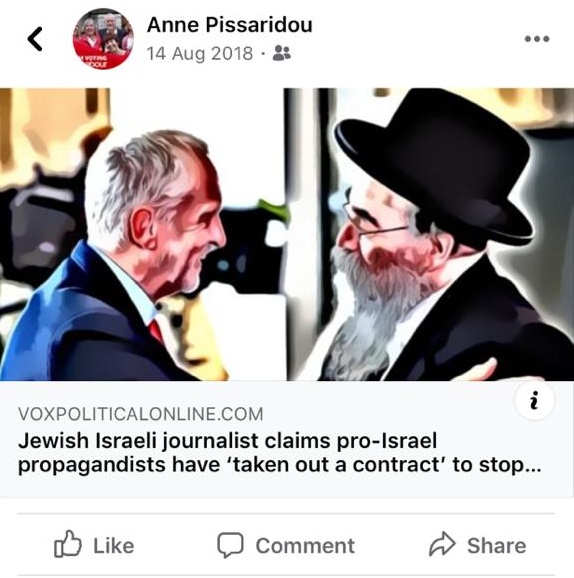 The second post, made in August 2018, was from a website run by Mike Sivier, who had been expelled from Labour earlier that year, reportedly for refusing anti-Semitism training.

The headline was ‘Jewish Israeli journalist claims pro-Israel propagandists have ‘taken out a contract’ to stop Jeremy Corbyn being elected’.

The suspension means Collr Pissaridou cannot attend any Labour group meetings or represent the party. She will represent her constituents as an independent councillor until the matter is resolved.

A recent survey suggested that proportionally Brighton has become the most antisemitic City in the U.K. Sadly it appears the same must be said about our council.
We do deserve better.
Our great City deserves better. @bhlabour must do better! @BrightonHoveCC must be better! https://t.co/vkVhm9OrCg

A spokeswoman for the Sussex Jewish Representative Council said: “Once again the Jewish community of Brighton and Hove is confronted by the spectre of antisemitism in the Labour-led council.

“We read in the press how this council is committed to being the “anti-racist’ council which we of course support and applaud, but we can’t help but ask, when might they commit themselves to being the anti-anti-Semitism council? They seem to believe that press releases suffice when action is needed.

“The Jewish community and this city deserves better than this. Until they tackle, in action, the issues they have with antisemitism, any statements about being an anti-racist council just seem rather hollow.”