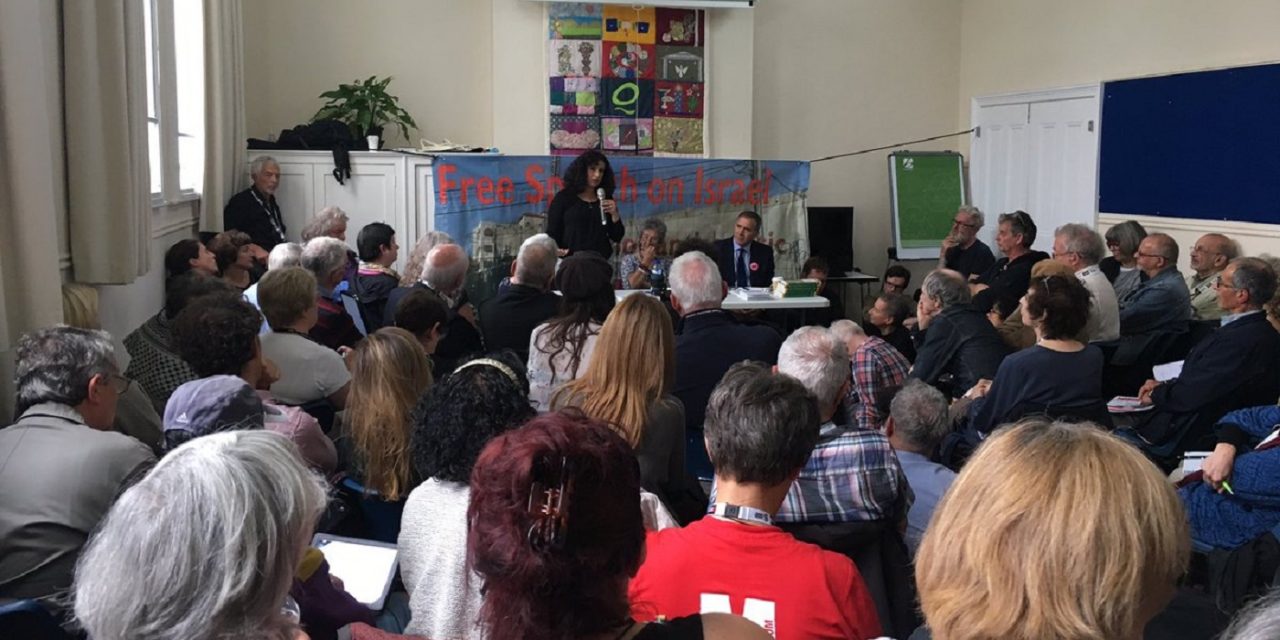 Israel was compared to the Nazis during a Labour conference fringe event, it has been reported.

The session on Monday also featured activists calling for the Jewish Labour Movement and Labour Friends of Israel to be “kicked out” of Labour.

According to Guido Fawkes, which filmed the event run by the Free Speech on Israel group, the Jewish chair of the session had attempted to ban conference delegates from tweeting about the session or taking photographs.

A speaker, Miko Peled, said Israel and Israelis should not be treated differently to white South Africans during Apartheid or Nazis. He claimed Israel was committing “genocide” in Gaza. He also said those present should stop calling Israel by its name, a view taken up by other speakers who then referred to it only as “the Zionist state”.

One speaker had complained that the JLM had been handed the Del Singh award for effective campaigning.

The event featured a number of anti-Zionist Jewish Labour activists, including Naomi Wimborne-Idrissi and Tony Greenstein, who was suspended by the party last year. Mr Greenstein has previously written that Ken Livingstone, the former Mayor of London, “got it right over Hitler and Zionism”.

Jennifer Gerber, LFI director, said the comments made at the meeting were “beyond disgraceful”. She called for the Labour leadership to “swiftly condemn those who seek to bully pro-Israel and Jewish members out of the party”.

So depressing being Jewish at the Labour conference. Leaflets calling for the expulsion of JLM. We've been affiliated for 97 years. #Lab17

Jeremy Newmark, JLM chair, said the event had seen “a thinly-veiled call to purge Jews from the Labour Party.

“It is a stark example of why party conference must vote decidedly tomorrow to pass JLM’s rule change on antisemitism.

“The group whose meeting provided an arena for this hate speech was allowed to advertise it in official party literature. That is far from the zero-tolerance on antisemitism that the leadership have promised.”