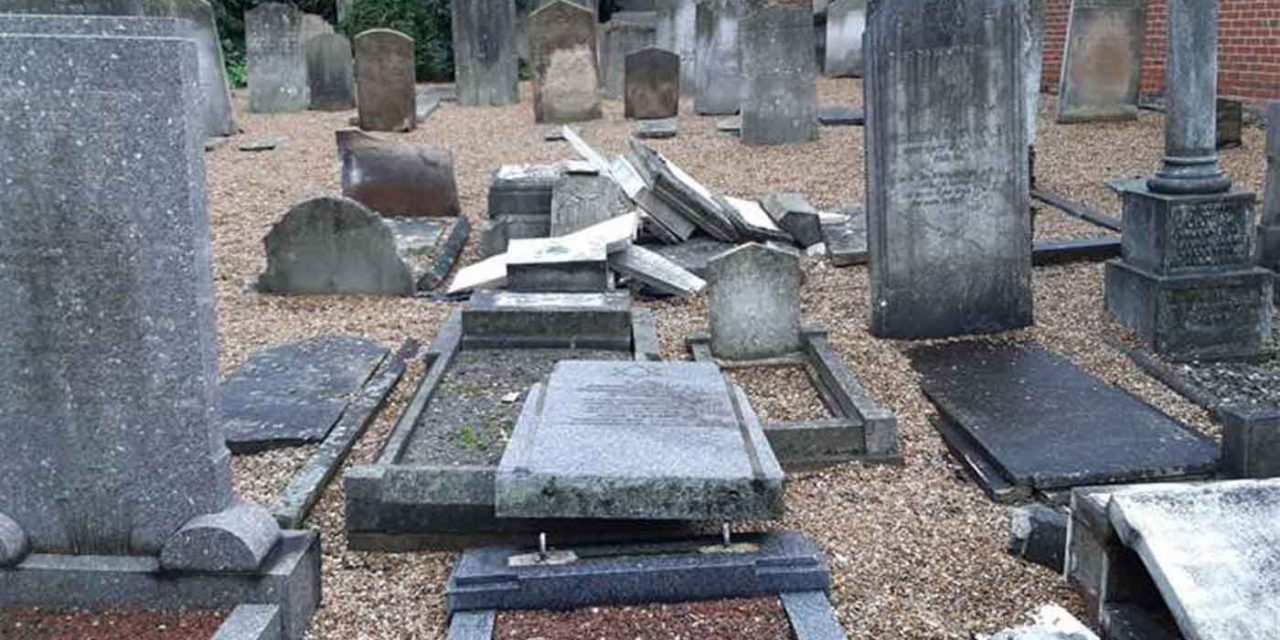 Police have formally identified the desecration of four Jewish gravestones as a hate crime.

Police were called to the Chatham Memorial Synagogue on High Street, Rochester when the memorials were found vandalised.

The headstones had been found knocked over at the place of worship, at about 5.30pm on Tuesday, October 8, which has also previously had excrement smeared over its door.

It is believed the attacks happened in the run up to Rosh Hashanah – the Jewish New Year – at some time between September 27 and October 4, a week before the national Hate Crime Awareness Week began.

Chief Inspector Ian Dyball, Kent Police’s district commander for Medway, said: “This type of incident is thankfully very rare but I appreciate the impact it has had on the local community.

“Local patrols will continue to monitor the area and if anyone has any concerns I would encourage them to speak to the officers and PCSOs when they see them.

“The investigation is ongoing and a number of enquiries have been carried out including reviewing CCTV in the area. We are also working with those responsible for the cemetery and offering crime prevention advice.”