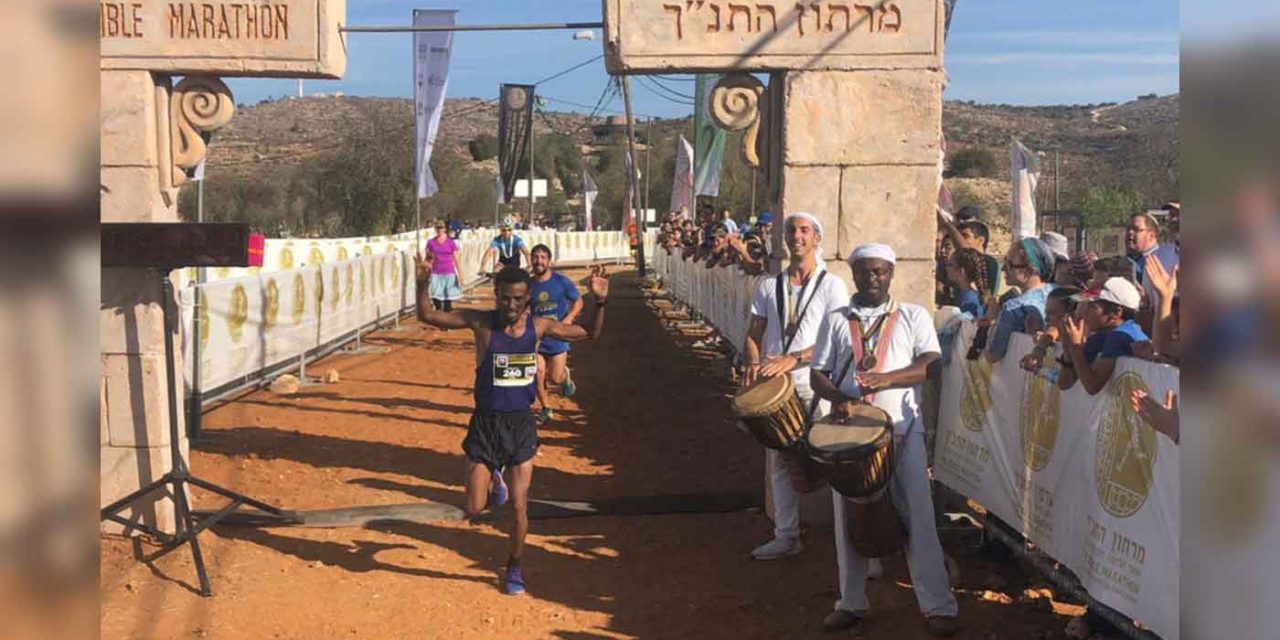 Over 4,000 runners took part in the fifth edition of the Bible Marathon on Friday. The marathon covered a route from the Rosh Hayin area to Shiloh, inspired by the ancient Book of Judges.

The winner, Adisu Osano from Rishon Etzion, crossed the finish line in 3:02:42, breaking a new record for the event, which is considered especially challenging considering the inclines and the terrane.

As in previous editions, athletes could choose between a 5K option, a 10K one, the half marathon or the full marathon. An 800-meter-long route for special needs children was also offered.

Among the women, runner Zohar Hal-Perry came first and finished in 4:09:35.

Around 100 participants arrived from 22 different countries, including the US, Brazil, Russia, Sweden, Spain, and Uganda.

The authorities of Rosh HaAyin, Ariel, Samaria and Benjamin organized the event together with the Israel Marathon.

“I’m proud of the international status of the Bible Marathon and excited by the blessed partnership with runners from abroad, who through the land connected to the roots of the Bible and wandered among the vineyards of Shilo just like the ancient Benjamin man,” said the President of the Benjamin Council Israel Gantz.

What is the Bible Marathon?

“Then a man of Benjamin ran from the battle line the same day, and came to Shiloh with his clothes torn…”

One of the first runs recorded in human history – long before the “marathon” in Greek mythology – is mentioned in the Bible, in the beginning of the book of Samuel. At the end of the war between the Israelites and the Philistines, the “Man of Benjamin” runs from the battlefield at Eben Ezer (modern day Rosh Ha’ayin) to Shiloh, city of the Tabernacle.

Many centuries later, the founder of the Maccabiah games, Yosef Yekutieli, set out to measure the length of the course from Rosh Ha’ayin to Shiloh, in the Benjamin region. He was amazed to find that the length of this historic path precisely matched that of the modern marathon – 42 kilometers (the official length of the Olympic running contest, determined in 1908 at the London Olympics).