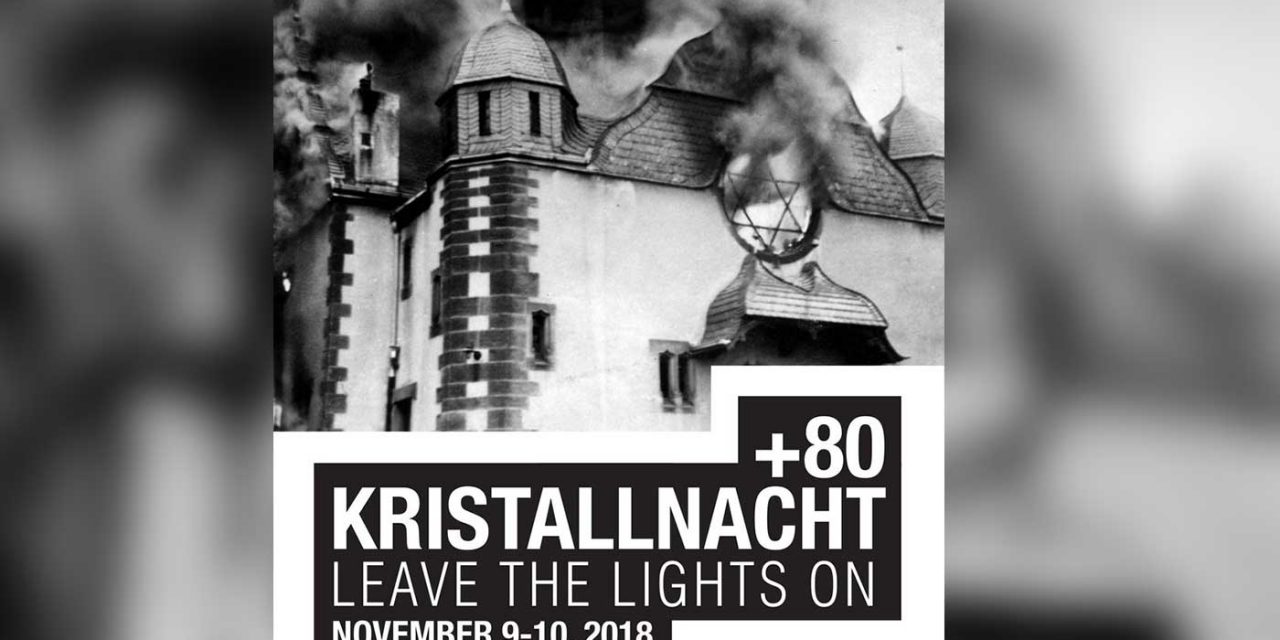 Jews throughout Britain, Europe and around the world will this weekend be marking the 80th anniversary of Kristallnacht by keeping their synagogues and homes lit throughout Shabbat.

Kristallnacht, or the “night of broken glass”, is marked as the first major act of aggression by the Nazis against Germany’s Jewish population.  The “Leave a Light On” initiative is a simple yet significant act to remember what happened 80 years ago.

“Hundreds of Jewish buildings burned through the night as fire crews were expressly forbidden to dampen the flames. This Shabbat, shuls across the country will commemorate the pogrom by choosing to leave a light burning brightly.”

This Shabbat marks the 80th anniversary of Kristallnacht, the first 'organised' Nazi pogrom. Join our simple campaign and #LeaveTheLightsOn in your home and in your shul. Details: https://t.co/W8g483Ciig pic.twitter.com/XedDuTU3pC

Gaby Glassman, chair of the Yom Hashoah committee of Pinner Synagogue and a trustee of AJR explained that “on 9 November 1938, our community synagogues were illuminated. On 9 November 2018 we choose to illuminate our synagogues to remember what happened 80 years ago.”

She added: “Nazi behaviour defied international standards but as international response was minimal, they learned they could act with impunity. Times were uncertain and public sentiment was febrile, as now. The message from Kristallnacht is: don’t stand by.”