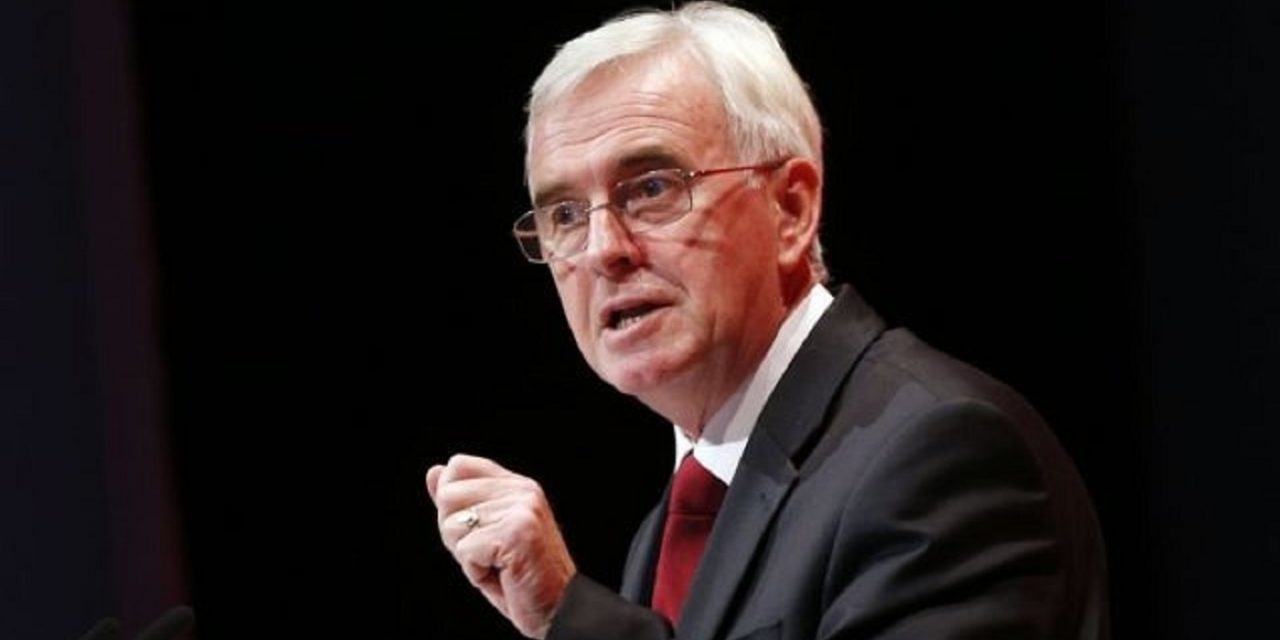 A number of Jewish ticket-holders who were refused entry for a Labour meeting involving Shadow Chancellor John McDonnell and Jenny Manson, were refused admission for “administrative and security” reasons, according to organisers.

The event was held to back her bid to be Labour’s candidate for the Finchley and Golders Green constituency.

Around 15-20 people, some of whom had been ticket-holders, demonstrated outside the hotel in Cricklewood, north-west London, where the event took place. During the protest, an attendee of the event attempted to set fire to the Israel flag being worn by a demonstrator.

On Wednesday night, just before midnight, numbers of people received emails from “Jenny’s Campaign Team” informing them that their ticket order to attend the event had been cancelled.

Among them was Damon Lenszner, 58, who was one of the participants in the BBC programme earlier in the year which took British Jews to Israel.

Joseph Cohen, of the Israel Advocacy Movement, told the Jewish News that Mr Lenszner had been wearing an Israeli flag around his shoulders when an unknown man wearing a camouflage jacket stepped forward, took out a lighter, and attempted to set light to the flag.

As soon as this action was seen by other demonstrators they moved forward to the security detail at the hotel but the man — who did not succeed in setting the flag alight — moved away and disappeared into the hotel.

On Wednesday, a number of campaigners against antisemitism and members of the Jewish press were notified that their bookings had been cancelled. Journalists were later admitted.

A Jewish member of the audience demanded to know why some had been excluded. Ms Manson answered that all steps taken by her campaign team had been done so “with advice”.

Etan Smallman, a Finchley and Golders Green constituent, was dragged away from the meeting by security guards after having his ticket to the event cancelled.

Mr Smallman, a freelance journalist, was told by Ms Manson’s campaign team that he had been barred because he did not have media accreditation.

He explained to the Jewish Chronicle that he wished to attend in a personal capacity.

He said: “I’m not here in a professional capacity. I don’t see why that just because I work in a certain industry I should be barred from attending.

“I think that, either as a constituent or as a member of the press – which is what they seem to want to consider me this evening – I should be allowed access to a public meeting. I bought a ticket, walked here in the rain and I have waited courteously for an explanation.”

After initially gaining access to the hotel lobby, Mr Smallman was later asked to leave without an explanation. He refused, and was forcibly removed by security staff.

Another young constituent, Nir Finch-Cohen, told the Chroncile that his ticket was cancelled without explanation.

Otherwise the discussion between Mr McDonnell and Ms Manson was limited to matters related to economic policy and Brexit.

When asked, Mr McDonnell declined to offer his thoughts on Labour’s ongoing antisemitism crisis, insisting his party wanted only to “look to the future”.