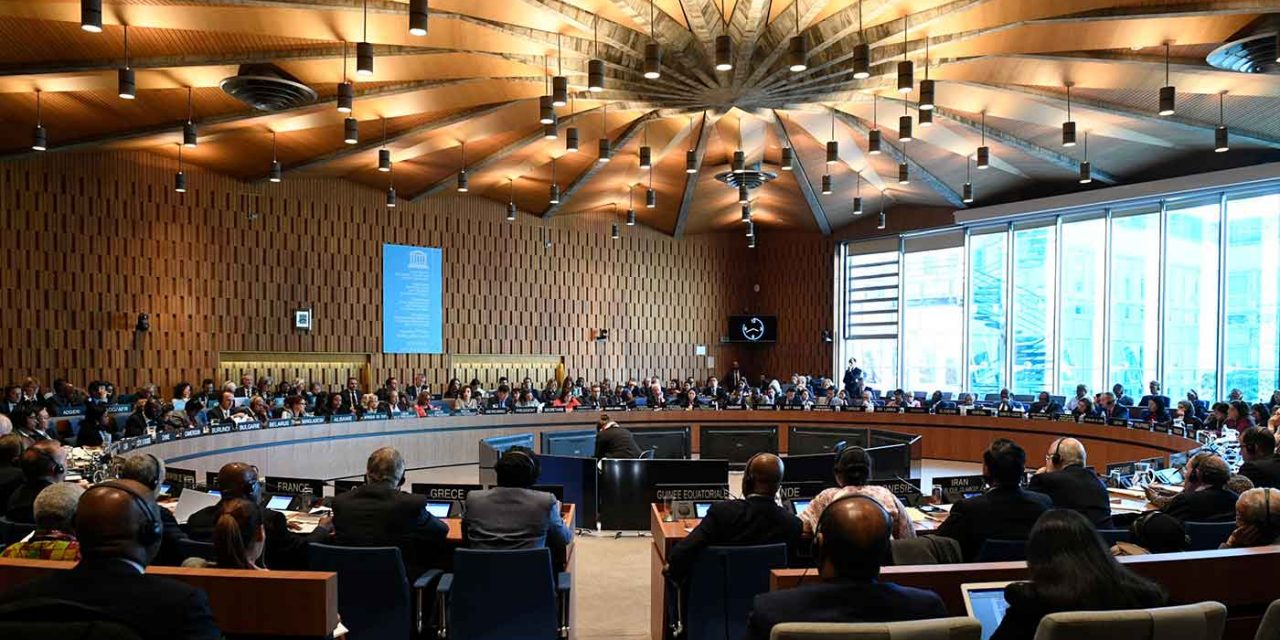 The Executive Board of UNESCO put forward two further anti-Israel resolutions this week which continue the trend of condemning Israel’s actions in Jerusalem and relabelling Jewish holy sites as “Palestinian”.

One anti-Israel resolution on Jerusalem stated “all legislative and administrative measures and actions taken by Israel, the occupying Power, which have altered or purport to alter the character and status of the Holy City of Jerusalem, and in particular the ‘basic law’ on Jerusalem, are null and void and must be rescinded forthwith.”

The resolutions also said Tomb of the Patriarchs in Hevron and Rachel’s Tomb in Bethlehem are “an integral part of the Occupied Palestinian territory”. The Arabic name for Rachel’s Tomb listed the site as a “mosque”.

The resolutions were submitted by Egypt, Jordan, Lebanon, Morocco, Oman, Qatar and Sudan, and were approved several minutes after the beginning of the commission’s meeting. The committee includes the 59 members of UNESCO’s Executive Board, which includes the UK. However, it is not clear if the decision was approved of by the UK delegation.

The board gave its preliminary approval to that text on Wednesday, with a final vote likely to be held on Monday.

Israel’s Ambassador to the UN, Danny Danon, said the statements in the resolution’s annexes are “further evidence, for anyone who did not understand why the United States and Israel withdrew from UNESCO.”

Some media outlets saw this as a good move and spoke of how UNESCO had “defanged” the resolutions so they were more favourable to Israel. They also note how footnotes were added to state that the sites were important to Jews, Christians and Muslims. UNESCO themselves claims that Israel was part of the decision making (which does not seem to add up as Israeli politicians have condemned the move).

The reality is that UNESCO is once again rewriting history and trying to erase the Jewish connection to their holiest sites. They are also trying to take Israel and Jewish presence out Judea and Samaria, the so-called West Bank. This should never happen. These holy sites can only be protected under Israeli sovereignty.