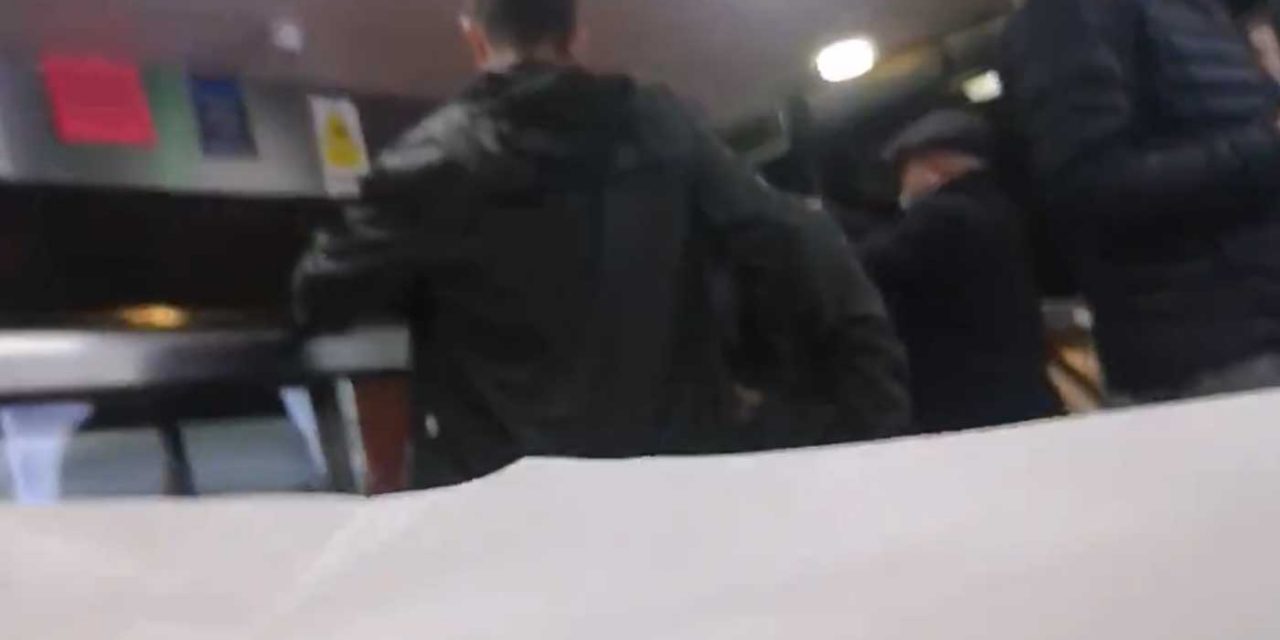 Two men hurled anti-Semitic abuse at a Jewish man while he waited for food at a takeaway. They denied the Holocaust, said they would like all Jews to be “wiped out” and said they supported the Palestinians. Manchester police are investigating the incident as a hate crime.

Marlon Solomon, 40, who is an actor and comedian, recorded the incident at the Al-Faisal take away in Manchester.

Two men walked in and after a short conversation asked the man, “What, are you a f****** Jew?”

Marlon responded “I am a f****** Jew”, which he said sparked a torrent of anti-Semitic abuse from the two men.

… had been going on for five minutes by that point, wasn't going to post it because I'd obvs had a few & had embarrassingly lost it by this point but while these people exist, I am proud to be British & Jewish, this country IS better than them and stand up to fascists. Always. pic.twitter.com/RwJwKAZwju

The man then starts talking about the Israel-Palestinian conflict and says it is only America that it protecting them. If it wasn’t for America “the Jews would be wiped off the face of the earth,” a man is heard saying.

Marlon asks the unidentified man, “You’d like that wouldn’t you?”

“Yeah, I would.” the man responds, “I mean, look at what you’re doing to the Palestinian people. That’s their f****** country, always has been… that’s the Palestinian’s country that.”

When Marlon explains why the Holocaust is real and how he lost family members in the gas chambers, one of the men mocks him and says, “it’s a load of b*******”.

Manchester police are treating the incident as a hate crime and are investigating.