Jewish family attacked in Jerusalem: ‘We looked death in the eye’ 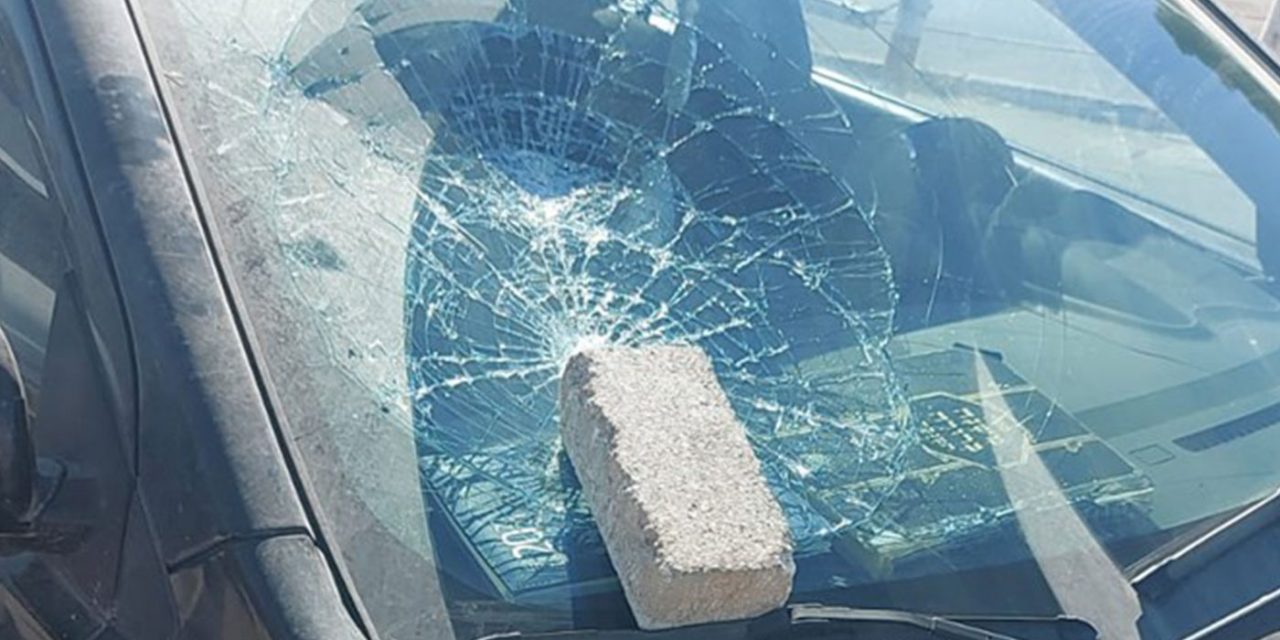 It is sad to report these stories as they occur inside Jerusalem, the capital city of the Jewish people. However, it does highlight the anti-Semitic hatred that continues to fuel the Israel-Palestinian conflict.

On Thursday afternoon, a Jewish father, Simcha, along with his wife and infant daughter were driving from Bet Shemesh in Israel to the Western Wall in Jerusalem when their Waze app directed them to take a detour to avoid traffic.

Unfortunately, it took them through the Arab neighbourhood of At-Tur in Jerusalem. The family was violently attacked by Arab youths, simply because they were Jewish.

“After a few dozen meters of slow driving, a large group of Arab youths stood on the sidewalk,” Simcha recalled. “When I continued driving, a youth from the group realized that the driver of the car is a Jew, and he called them over with a whistle. Over 20 terrorists answered his call and began hurling a rain of large rocks at us. The windshield was smashed and my wife even received a blow from the side window after they struck it with great force. Some of them tried to open the doors, which, luckily, I had managed to lock in time.”

The family were terrified and with his wife and daughter screaming in the vehicle, Simcha frantically called the police. During their escape, the police guided the family and directed them on how to leave the area. Simcha eventually made it to a Border Police car that was waiting for the family to report the incident and also take them for medical examinations at the police station outside Herod’s Gate.

Simcha’s wife and daughter were eventually evacuated to hospital to check them over. They had suffered light injuries but the trauma of the terrying incident had also taken its toll.

“We looked death in the eye,” Simcha said after the incident. “These were hate-infected youths. I had a miracle near the Western Wall. This could have ended in tragedy.”

Since the incident, Simcha has made contact with MK Itamar Ben Gvir (Otzma Yehudit), who said: “The lawlessness must end. This time, there was a miracle. But next time, it may end in murder. This is how things are when there is no sovereignty on the ground. If the neighbourhood near the Western Wall does not have enough policing and enforcement to immediately respond to terrorists, then the situation in this country is worse than what we imagine it to be.”

“The police must thoroughly investigate this incident and file indictments,” he added. “The terrorists belong in prison, and I will continue to follow and ensure that this happens.”

While these incidents are rare, it is sadly not uncommon. It is shameful that a Jewish family, including their infant, can be injured in such a manner simply because they are driving down the wrong street inside their capital.

Sadly, it speaks of the anti-Semitism that is so prevalent within Palestinian society. These youths were not spurred into action because of any offence caused, it was because they have been brainwashed into believing that Jews are their enemy. It is a miracle nothing worse took place!