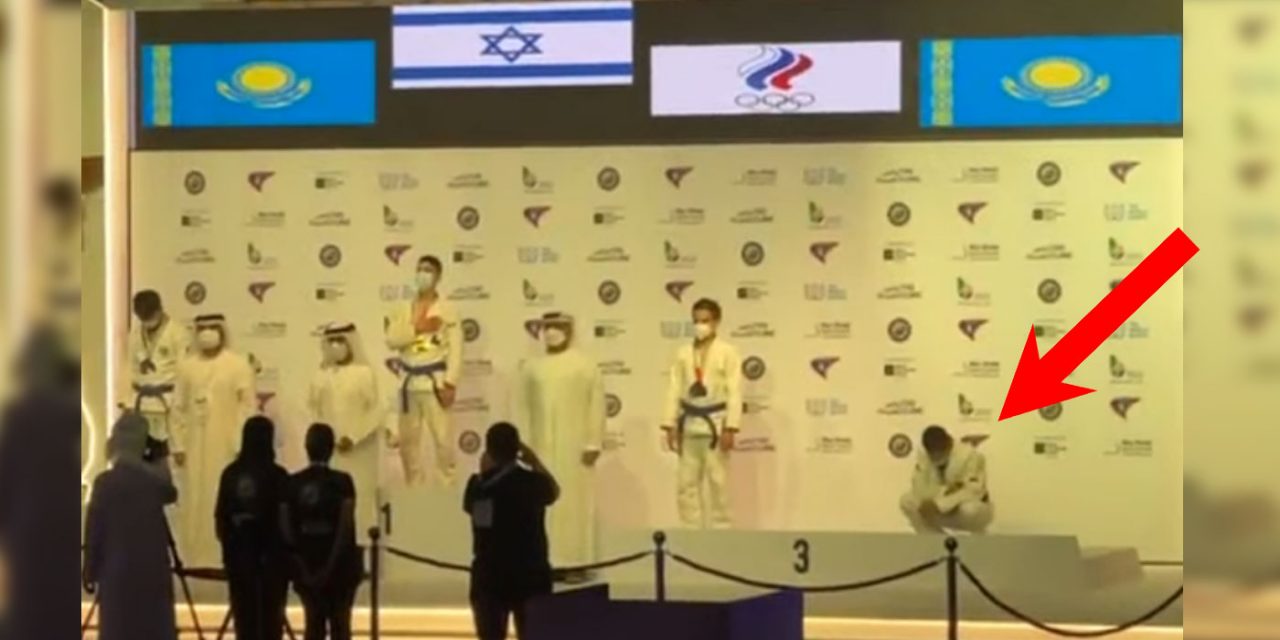 An incident occurred on Tuesday at the Jiu-Jitsu World Championship for all ages, which is being held in Abu Dhabi this week, with quite a few Israelis taking part in the competition.

According to Channel 12 News, 17-year-old Israeli Amit Burstein won the gold medal on Tuesday, a great achievement and honor. However, the joy was overshadowed when during the playing of Israel’s national anthem, “Hatikva”, at the medal ceremony, the Kazakh winner of the bronze medal chose to kneel and disrespect the Israeli national anthem.

Footage from the ceremony shows a second Kazakh who won a medal standing on the podium during the playing of the Israeli anthem and continuing to stand as it is being played. The report noted that the Israeli and Kazakh had met during the competition and even shook hands.

Arik Kaplan, president of Ayelet – The Federation of Non-Olympic Sport in Israel, responded to the incident and said, “We are proud of our athletes who represent Israel in the best way possible and bring us a lot of respect. We were surprised to see the video and immediately asked our representatives in Abu Dhabi to check the issue, in the hope that this is not a protest against the Israeli anthem.”