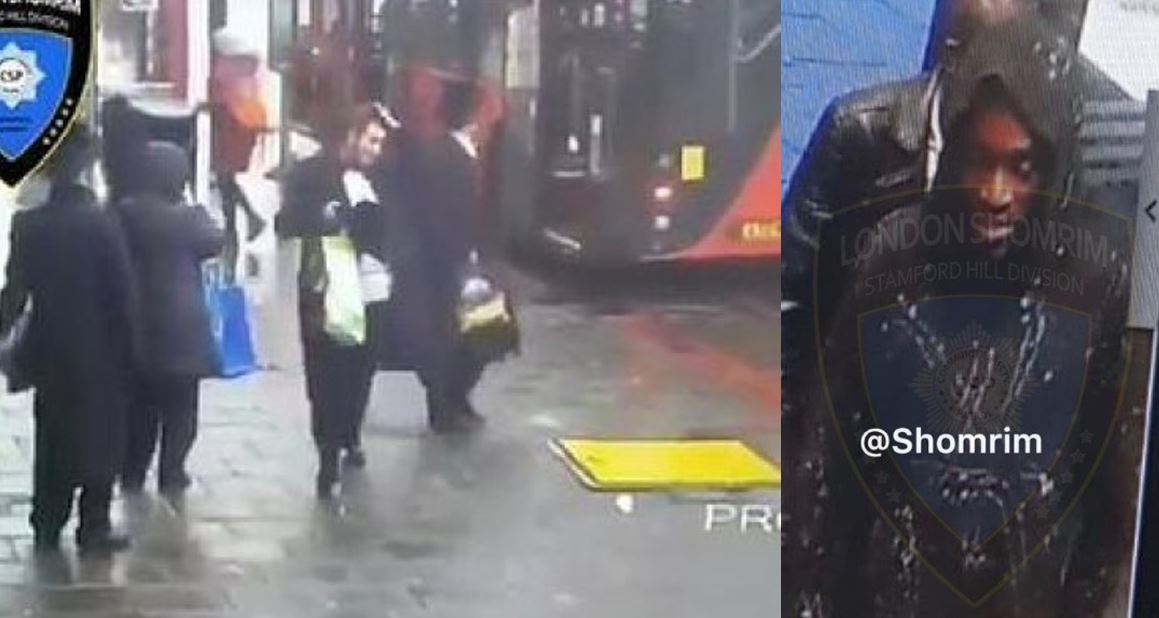 Three children were among a group of Jews attacked by a man on a London bus.

In CCTV footage of the anti-Semitic incident, the suspect is seen running onto a 353 bus before  attacking several orthodox Jewish men who were standing up, punching a child and throwing their hats onto the floor.

The Metro reports that other passengers are then filmed picking up their hats and leaving the bus to get away from the violence.

The London Shomrim, a volunteer-led neighbourhood watch, shared the video and said the man threw all three hats to the floor and punched one of the boys. They have also released a picture of a man wanted in connection with the disturbing incident.

It happened in Clapton Common, near Stamford Hill, an orthodox Jewish area of north London.

The Metropolitan Police has confirmed they are investigating this latest incident, but no arrests have so far been made. A force spokesperson said: ‘At approximately 16:30hrs on Sunday, 24 November police received a report of an anti-Semitic assault that had occurred on a bus in Clapton Common, E5 at around 08:15hrs that morning. ‘Officers have made contact with the male victim with a view to progressing this investigation.