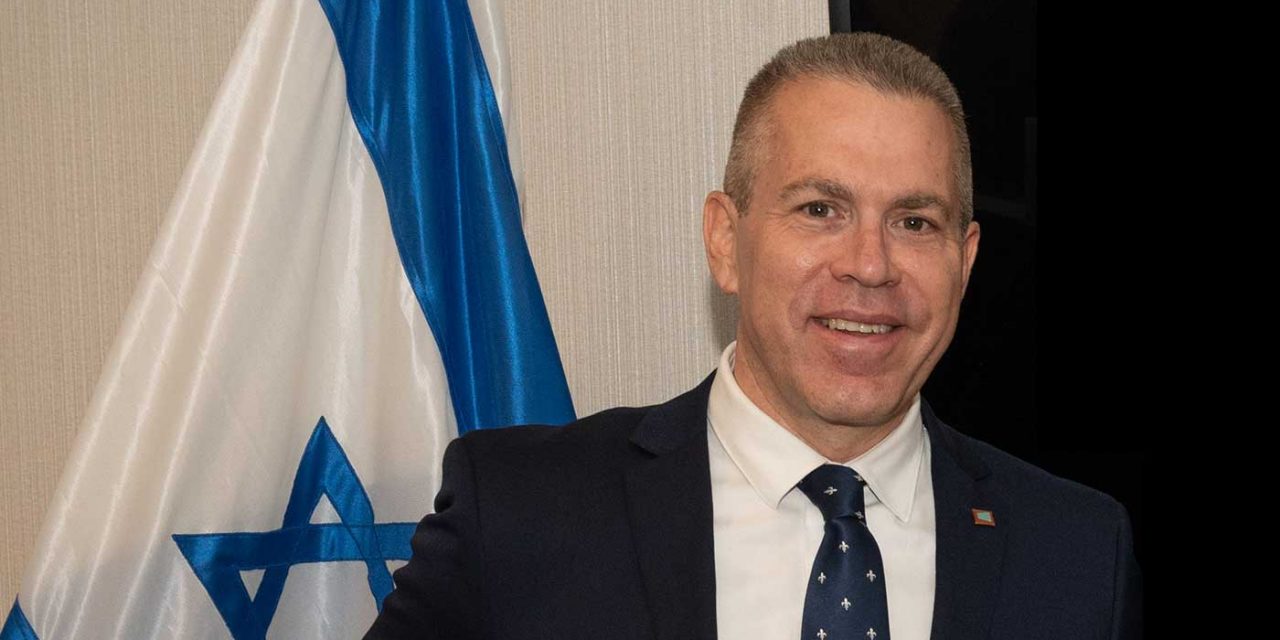 Israel’s Ambassador to the US and the UN Gilad Erdan on Monday blasted the “ignorance and hypocrisy” displayed by the co-founders of Ben & Jerry’s.

Ben Cohen and Jerry Greenfield took part in an interview with Axios on Sunday where they discussed the decision of the company they founded to end its contract with an Israeli company to sell their ice cream in Israel, including Judea and Samaria (the West Bank). The pair claimed they were making this decision because they disagreed with a policy of Israel’s, but when challenged as to why they haven’t taken this action against other countries or individual states with whom they disagree on policies, the pair showed clear hypocrisy by saying they didn’t understand what that kind of boycott would achieve.

Ambassador Erdan said on Monday, “Part of the definition of antisemitism is exactly that – demanding from Israel what is not demanded from any other entity in the world, and the gentlemen Ben and Jerry have no problem with their ice cream being sold to supporters of terrorism, but Israel they boycott.”

He added, “So I will continue to act so that as many countries as possible include Ben & Jerry’s and [its parent-company] Unilever on their blacklist until this despicable boycott comes to an end.”

Erdan wasn’t the only one to call out Ben and Jerry’s hypocrisy.

In a statement following the publication of the interview, Ben & Jerry’s Israel CEO Avi Zinger said Unilever and Ben & Jerry’s “continue to claim they are not acting against Israel at the same time as they are acting in full force against the State of Israel and its citizens and doing a great service to the BDS [boycott, divestment, and sanctions] movement and our detractors around the world.

“Ben & Jerry’s Israel will continue to act against the illegal decision that discriminates and harms many of the state’s citizens, and we call on the Israeli government to also act, similarly to many countries around the world that have already joined the fight against Unilever’s policy and announced the imposition of tough economic sanctions on it.”