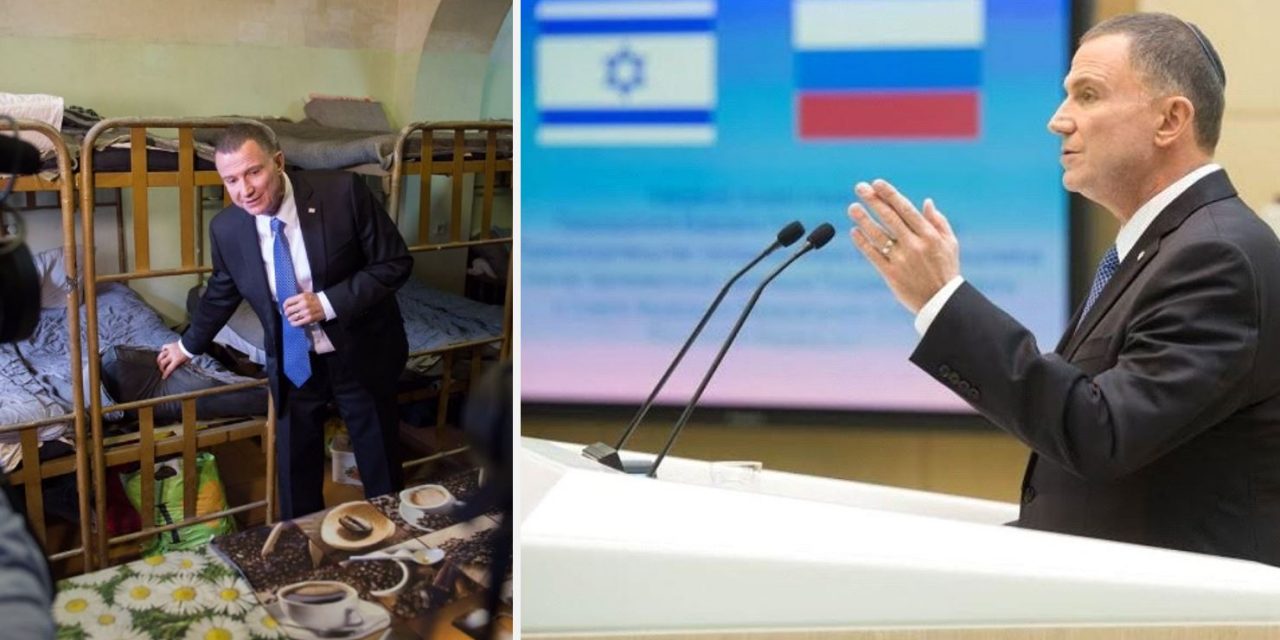 Knesset Speaker Yuli Edelstein addressed the Russian parliament more than three decades after his release from a Soviet prison.

A Ukraine-born Soviet prisoner of conscience, Edelstein was imprisoned in 1984 on trumped-up drug charges because he was teaching Hebrew. He spent three years doing hard labor in Siberian camps.

Edelstein, who was first elected to the Knesset in 1996 and was named speaker in 2013, began his remarks in Hebrew, then switched to Russian as he spoke about the Israel-Russia relationship and the terrorist threats to Israel.

“Today, I stand here before you as speaker of the Knesset, and in the same language that I was imprisoned for teaching,” Edelstein said Wednesday during his address to the Federation Council, the upper house of the parliament. “I bless you with the ancient Jewish blessing ‘Shalom Aleichem!’ Even in my wildest dreams I did not believe I would reach this moment.

“For me, this brings double closure: For me, Yuli Edelstein, and for the entire Jewish nation, which I stand here as its representative,” he said.

Applause for @YuliEdelstein as he begins first-ever speech by an Israeli in Russia Parliament pic.twitter.com/RrPxkKVTGb

Edelstein, who is visiting Russia as an official of the Israeli government, also visited a Moscow prison in which he was held under poor conditions, as well as places where he was active as a refusenik, the site of his arrest and the courthouse where his trial took place.

The solitary confinement cell has been renovated, but my memories of it remain indelible. pic.twitter.com/zBBQCyvQqA

He made aliyah in 1987, nine years after he requested permission.

“I was imprisoned because I was teaching the language which spread to the world the ideas of rejecting tyranny, upholding the rule of justice, love of mankind and the hopes of freedom; the language in which the prophets of Israel foretold the day on which ‘Nation shall not lift up sword against nation; nor will they learn war anymore.’ I was imprisoned because I worked to disseminate the language in which Abraham, the founder of the Jewish religion, was told ‘Go from your country, your people and your father’s household to the land I will show you,’” he said.

He is scheduled to meet with Russian Jewish leaders on Thursday, the last day of his visit.

The solitary confinement cell has been renovated, but my memories of it remain indelible. pic.twitter.com/zBBQCyvQqA