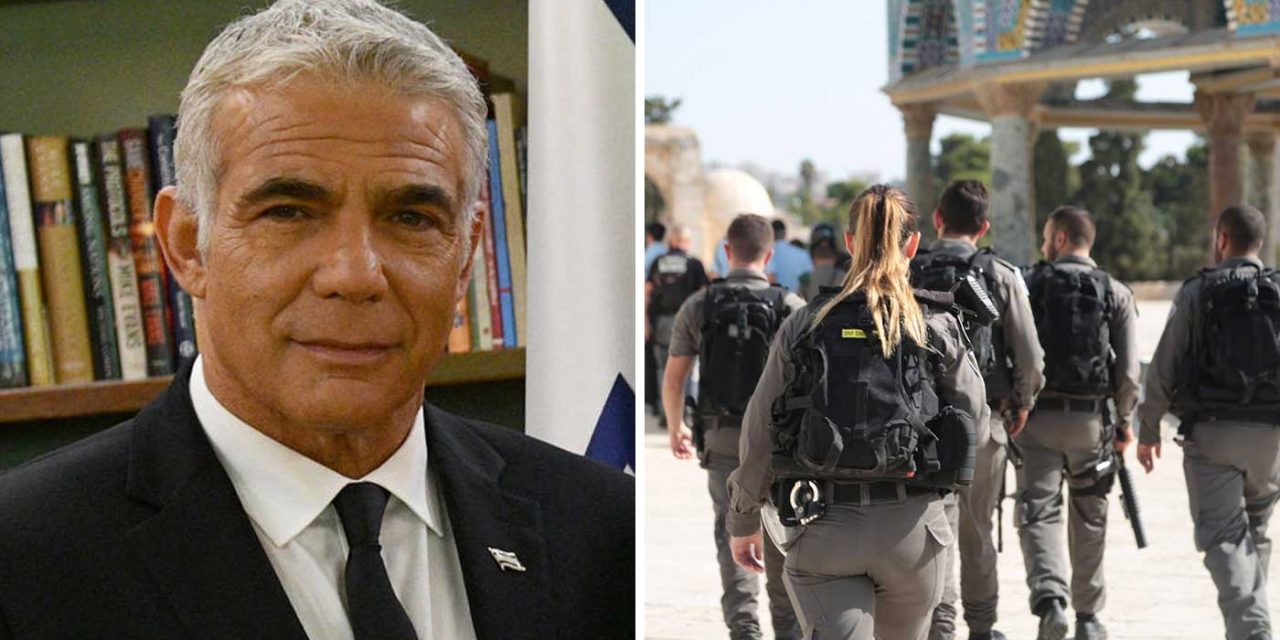 Foreign Minister Yair Lapid on Thursday shared some truths about the Temple Mount in a bid to stop the dissemination of false information about the tensions at the holy site.

Lapid wrote in a series of tweets, “5 facts about the Temple Mount – instead of the disinformation being spread online.”

“1. Israel is preserving and will continue to preserve the status quo on the Temple Mount. We have no intention of changing it whatsoever.”

“2. In the first 2 weeks of Ramadan, hundreds of thousands of Muslims have prayed at Al-Aqsa. The only people who’ve disturbed them are extremists & Hamas supporters who took control of the Mosque, desecrated it, disrupted prayer, & lobbed firebombs, fireworks & rocks from within.”

“3. The Israel Police acted only to prevent such violence and allow prayer to continue as normal. The moment they put a stop to the violence, the police left the site and enabled thousands of believers to enter the Temple Mount & pray in peace. This is Israel’s policy, there is no other.”

“4. Videos posted online with false context are part of a campaign of disinformation by extremists whose objective is to incite a violent confrontation. Israel has no interest in a confrontation, and in fact, has enacted tangible policies to reduce tensions during Ramadan.”

“5. Continued violence only serves the interests of extremists on both sides. Just yesterday, Israel stopped Jewish extremists who tried to inflame tensions in Jerusalem. Muslim moderates need to do the same thing when it comes to Islamic extremists.”

In a separate statement on Thursday, Lapid added, “The State of Israel is dealing with extremist Islamist terror whose entire goal is to sow violence, fear, and chaos.”

“We call on all leaders in the region to act and speak responsibly in order to calm the situation. Israel is preserving and will continue to preserve the status quo on the Temple Mount and we have no intention of changing it whatsoever,” he added.

It is important that we highlight the truth about the situation. While the media highlights Israel’s actions, such as sending troops into the Al-Aqsa mosque or that Israel struck Hamas targets in Gaza. The truth is Israel would never have done these things if acts of terrorism by radical Islamists wasn’t taking place.

The world needs to stop the lies and start speaking the truth about this situation.

A police commando who was seriously wounded during fierce exchanges of fire between Israeli troops and Palestinian gunmen in the northern West Bank on Friday morning has died of his...
Read More
Share
Tweet
Email
More
308 Shares