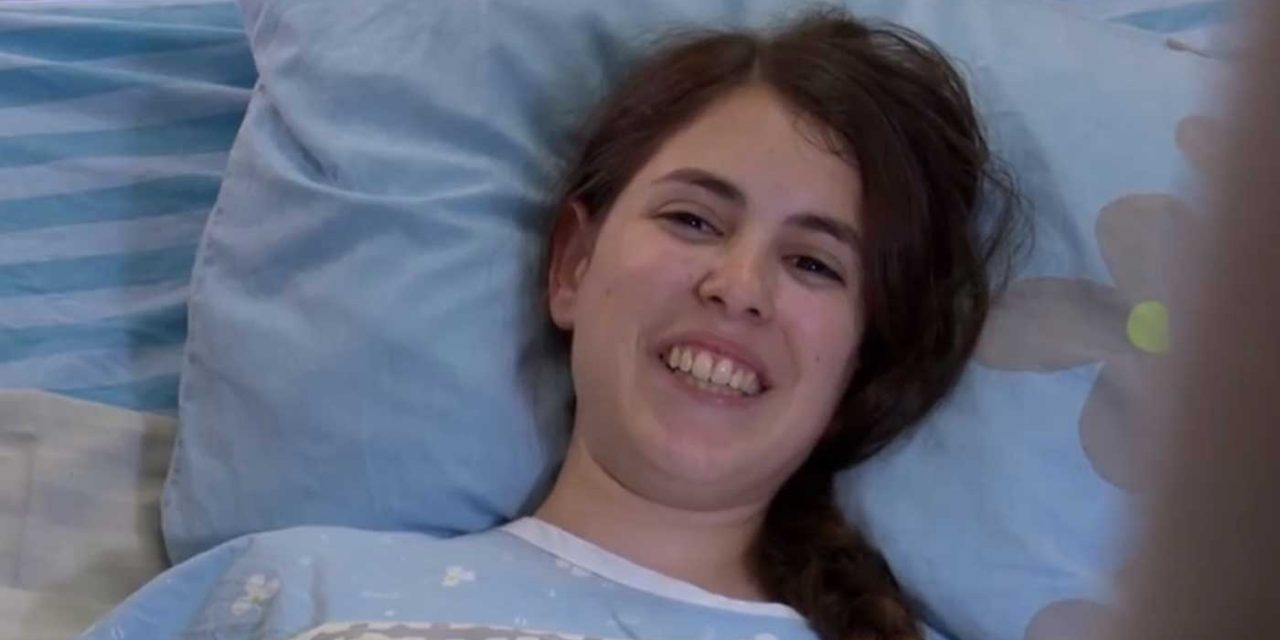 An Israeli teen who was stabbed by a Palestinian terrorist last week said it was a miracle she is still alive and thanked those who prayed for her.

“I feel this stabbing incident was not something private for me, but rather of all the people of Israel. It’s a reminder that we must move forward and grow from it,” 18-year-old high school student Shuva Malka said from her hospital bed in Haemek Medical Center in Israel’s north.

Malka praised the hospital staff for the care she received and thanked the Israeli public for “the prayers that greatly strengthened us and made a difference up above.”

On Sunday, Malka was released from intensive care into the surgical ward.

“The security forces did everything they could, and I thank them, we don’t have any anger,” she added.

“Everyone who came here [to visit me] is proof of what a sweet people we have,” she said. “Just a wonderful people.”

Malka was seriously wounded in an attack in Afula, Israel last Monday. She collapsed in front of a coffeehouse in the centre of Afula with stab wounds to her upper body after telling passers-by that she had been stabbed by an Arab man.

“When we arrived at the scene, it was very chaotic. There was an 18-year-old girl sitting on a chair at the entrance to a store. She was conscious and suffering from multiple stab wounds to the upper body,” one of the medics who treated her said.

She was taken to the nearby HaEmek Medical Center in serious condition, according to the Magen David Adom ambulance service.

The Palestinian suspect, reportedly from the West Bank city of Jenin, was in Israel without a permit, police said. Videos of the suspected terrorist’s arrest were quickly posted to social media by bystanders.

The video below shows Malka talking to the press from her hospital bed. The video is in Hebrew and we do not have an English translation of the full video, but we thought we would post it here as we can see from the video how she is getting on.