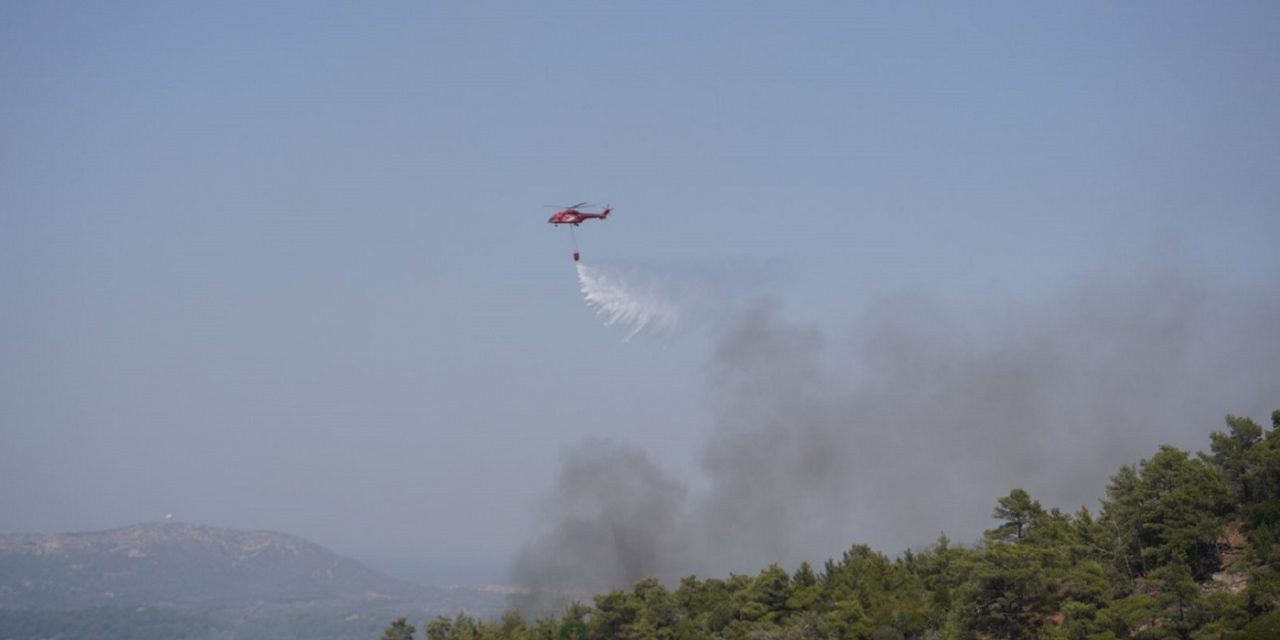 Israeli firefighters have been dispatched to Greece to join in an international effort to fight massive wildfires currently ravaging the country.

Turkey, which is also suffering, has declined Israel’s help.

More than 110 wildfires have been raging in Greece fueled by one of the worst heatwaves in decades.

Israel “intends to deploy [the firefighters] as early as Friday, so that members of the Israeli delegation can immediately join international aid efforts for the country that is going up in flames,” the service said.

Sky's @skynewsmichelle says authorities in Rhodes, Greece believe they have wildfires "pretty much under control", but adds that there is a fear temperatures could reach record levels

The statement said the request for assistance was made by Greek Prime Minister Kyriakos Mitsotakis and relayed by Israeli Ambassador Yosef Amrani.

Defense Minister Benny Gantz and President Isaac Herzog had offered the aid in calls with their Greek counterparts on Wednesday.

Greece’s Civil Protection Agency said the risk of fires across southern Greece would increase further on Friday, with a windy weather forecast for parts of the country, despite an expected slight dip in temperatures that reached 45° Celsius (113° F) earlier this week. The heat wave is described as Greece’s worst since 1987.

“If any additional assistance is required — in particular air assistance or rescue personnel — we will be at their disposal,” Gantz said.

Israel has also offered help to Turkey which is similarly suffering from wildfires, however Turkish officials have refused the assistance according to the Israeli Embassy in Ankara.

The embassy said in a statement on Tuesday that the Israeli officials met their Turkish counterparts a few days ago to discuss the wildfires and expressed their readiness to provide help.

“The Turkish officials [in return] said that the situation in the country was under control and thanked us,” the statement said. “Israel is ready to extend a helping hand if it is needed and requested.”