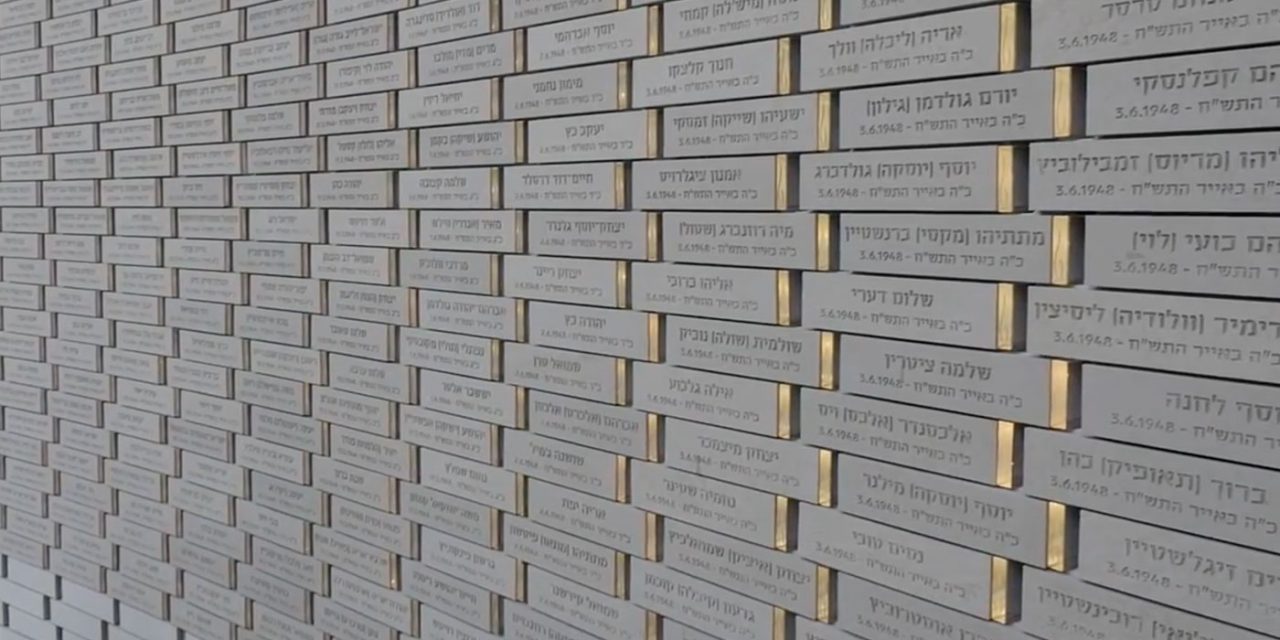 The Israeli Ministry of Defense has unveiled the new “Hall of Remembrance” built atop Jerusalem’s Mt. Herzl to commemorate the fallen soldiers of the Israel Defence Forces (IDF).

The hall is made up of a mountain of stones piled one on top of the other, reaching a height of 60 feet. More than 23,000 bricks make up the walls, each with the engraved name of a fallen soldier, the date that he or she was killed and a candle that will be lit on the anniversary of their death. The hall will also include a huge bell of light compiled of more than 6,000 steel bricks that were designed and manufactured by the makers of the Merkava tank.

At the entrance to the Hall, an Eternal Candle will be lit at all times and beside it a flagpole will wave a large Israeli flag. Every morning, a memorial service will be held by a military cantor in honor of the soldiers who fell that day.

A special app will enable visitors to locate the name of their loved ones in the new building.

“The Hall of Remembrance will allow for a personal and collective experience of commemoration and is an expression of the country’s moral obligation to remember every single one of its fallen. It is the only structure in the country that physically commemorates all of Israel’s fallen, from all of its wars, on its very walls,” said the Ministry of Defense.

“The location of the hall- within the military cemetery on Mt. Herzl, near the holocaust museum Yad Vashem, emphasizes the connection between the Holocaust and the rebirth of the Jewish people in its land.”