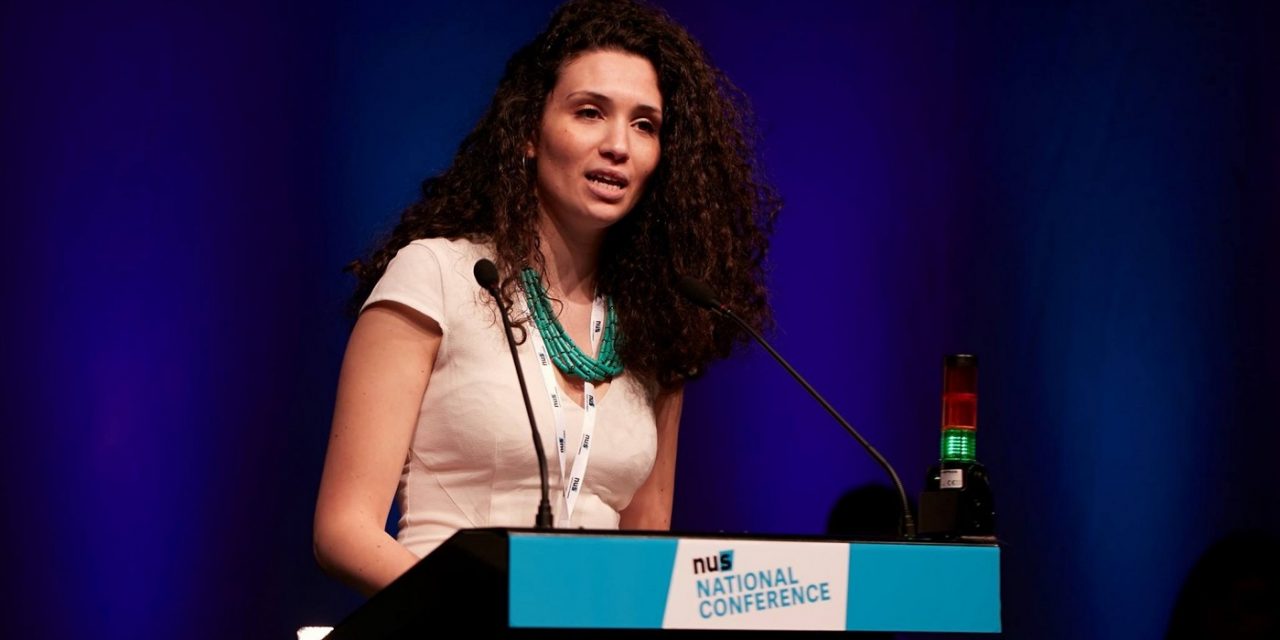 Jewish News – The controversial president of the National Union of Students has been ousted from her post after being defeated in her bid for re-election.

The Union of Jewish Students has extended “heartfelt congratulations” to new student leader Shakira Martin, heralding the election result as “a rejection of the divisive rhetoric” used by Bouattia.

In scathing findings, the committee said that she did not appear to take the issue of campus anti-Semitism ”sufficiently seriously” and showed a ”worrying disregard” for her duty to represent all students and promote balanced and respectful debate.

Ms Bouattia’s statement in a co-authored 2011 blog that Birmingham ”has the largest Jsoc (Jewish Society) in the country whose leadership is dominated by Zionist activists” was condemned in the MPs’ report as ”unacceptable, and even more so from a public figure such as the president of the NUS”.

Malia Bouattia lost out on a second term to Shakira Martin, who previously served as the union’s vice president for further education.

In a statement, Ms Martin, a single mother of two who received a Diploma in Education and Training from Lewisham Southwark College, said she was “honoured and humbled” to have been elected as national president.

“I take this as a vote of trust that our members believe I can lead our national movement to be the fighting and campaigning organisation we need it to be, representing the breadth of our diverse membership,” she said.

They add, “the overwhelming majority of Jewish students across the UK will be grateful that NUS will soon be led once again by a capable leader who is genuinely committed to ensuring that the student movement stands up for all its members.”

“Following Shakira’s recent work with UJS, which included a trip to Poland ahead of Holocaust Memorial Day this year, we look forward to seeing her continue to prioritise the interests and welfare of Jewish students amongst all students as NUS National President. We wish her the very best in her new role.”