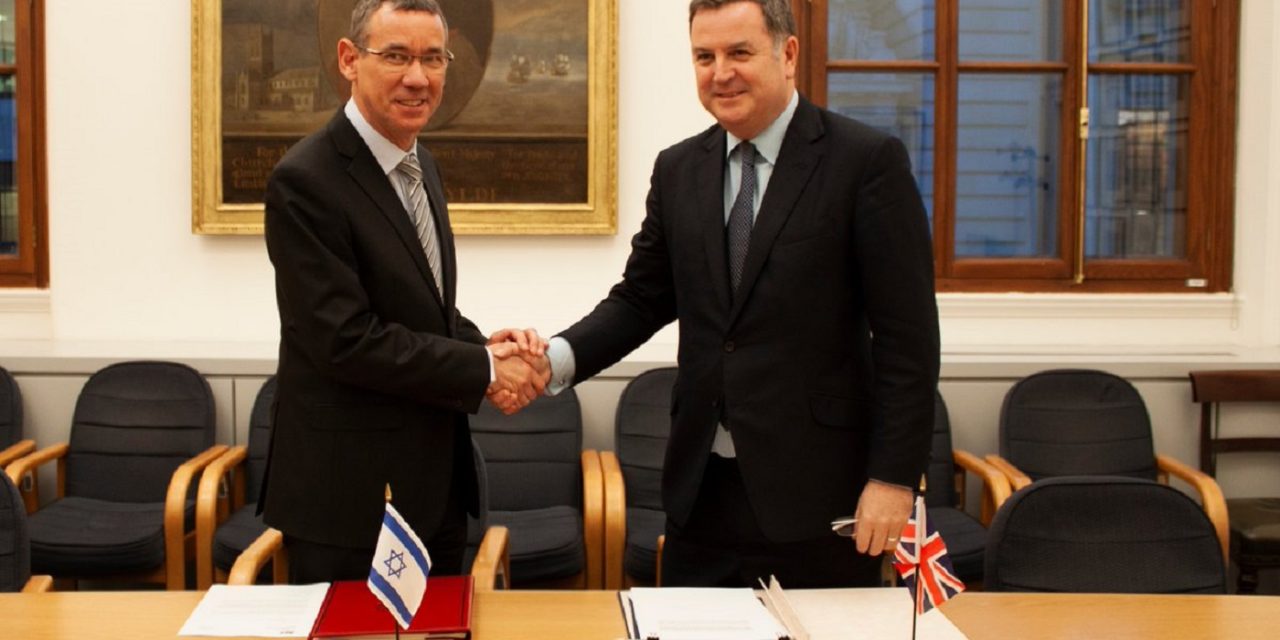 The Government has signed an agreement to reduce tax on investments made between the UK and Israel, in a further boost to bilateral trade.

The tax protocol, signed on Thursday, reduces the rates of Israeli tax payable on dividends paid from Israeli companies to the UK. Israeli investors into the UK will benefit from the same reductions on UK tax.

“This agreement will facilitate UK investment into Israel by removing tax barriers to cross-border trade,” said Financial Secretary to the Treasury Mel Stride MP. “It will also provide important protections against those who seek to use the treaty for tax avoidance purposes.”
https://twitter.com/MelJStride/status/1085960004455288832

The new arrangement uses modern anti-avoidance provisions to make sure only those companies engaged in “genuine business activity” can benefit from the treaty, and allows for the exchange of information between the UK and Israel.

“I’m delighted to sign this deal with such a close ally, and pleased we now have a treaty that reflects the latest international standards,” he said. “It is a sign of the continued excellent cooperation between our two countries.”

The Government said trade in goods and services between the two countries increased by two percent last year, to £3.9 billion in the year to July 2018. The UK exports a lot of machinery and electrical equipment to Israel, while pharmaceuticals account for more than 70 percent of Israeli exports to the UK.