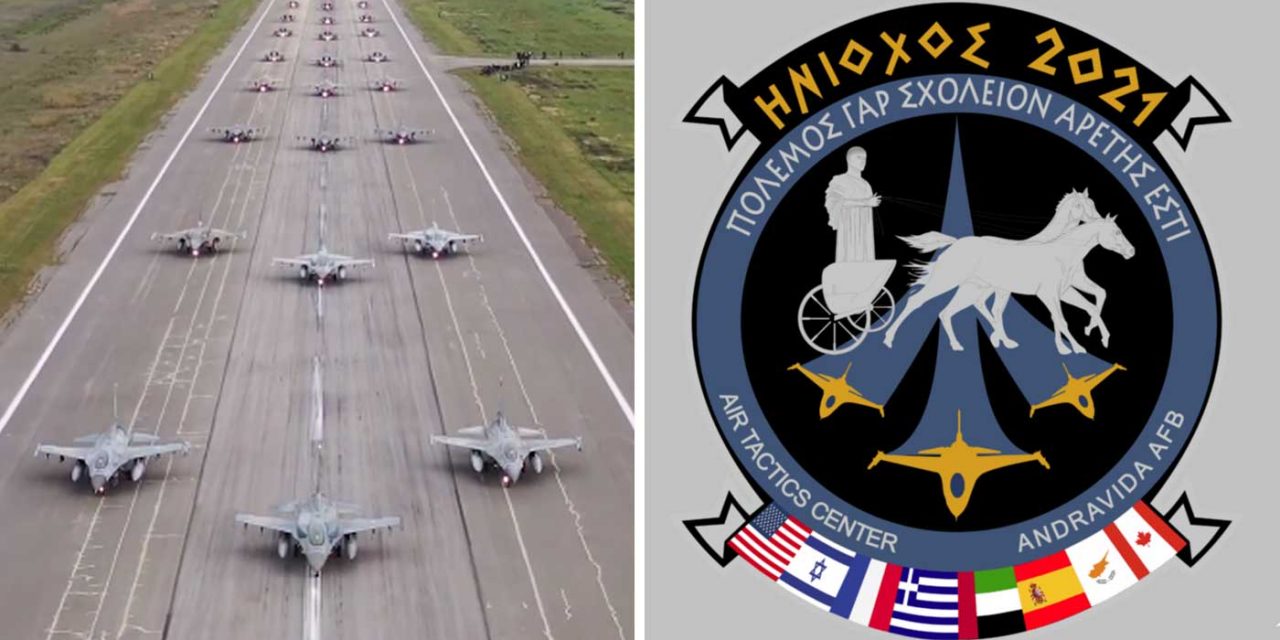 In a rare occurrence, but hopefully one that becomes more common, Israel’s fighter jets flew alongside ones from the United Arab Emirates.

Seven countries took part in the training exercises with host nation Greece in its ‘Iniohos’ exercise. The other countries were Cyprus, Israel, the UAE, France, Spain, Canada and the United States.

According to the Israeli Air Force, the drill is meant to simulate a variety of scenarios, including air-to-air combat, strikes on land-based targets and evading attacks from surface-to-air missiles.

“This exercise is an important milestone in the strategic international cooperations between the Israeli Air Force and the different countries through strengthening shared interests,” the Israeli military said.

Dozens of planes from each country are participating in the exercise, which is being held largely along the Greek coast and over the Mediterranean.

“They’re doing something nice: [The Greeks are] involving their navy in the exercise so a lot of times on these ships there are different surface-to-air missiles and cannons that can fire at us. That’s what you’re dealing with,” said the officer, who can only be identified by his rank and first Hebrew initial, Lt. “Yod.”

According to the officer, the different countries participating in the exercise work together to complete different aspects of a shared mission, while a so-called “Red Team,” pretending to be an enemy military, tries to stop them.

“Before each sortie, you get mission orders that include all kinds of protocols, what you have to do. There will be 20 planes from different countries in different formations. So the French will be doing air-to-air combat missions, while the Spanish are looking for ships, while we are searching for and striking targets. That all needs to happen simultaneously because I can’t carry out a strike if there’s a ship [firing surface-to-air missiles at me] or there’s a plane threatening me,” said Yod.

The exercises provide the militaries with as close to real-life war scenarios as possible so they are much better prepared for battle.

In addition, the difference in climate and terrain help the Israeli fighter jets to gain experience of topography outside of what they are used to.

“We are doing ‘hunting’ flights where you fly at low altitude in the mountains here. This is topography that we don’t have in Israel. It’s really amazing. You’re flying through canyons — a mountain on one side and a mountain on the other and it’s all snowy, at altitudes we’re not used to,” he said.

“It prepares you for things that you may deal with operationally,” he added.