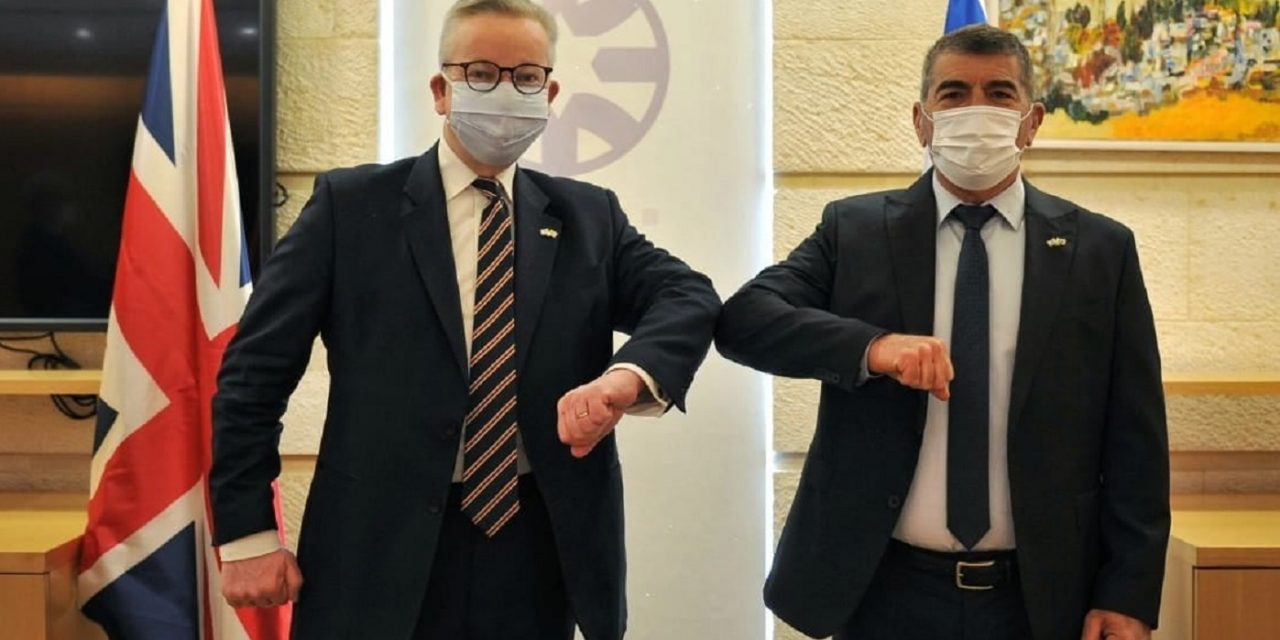 Britain’s Cabinet Office minister, Michael Gove, visited Israel this week to see how Israel’s success in reopening after Covid lockdown can be emulated in the UK as well as agreeing to boost the post-Brexit free trade agreement.

Regarding Israel’s “Green Passport” scheme, which lifts restrictions on those who can prove immunity, Mr Ashkenazi said the UK and Israel planned to work together to recognise each other’s vaccination certificates, and to allow tourists and businesspeople to travel between the countries.

According to a statement by the Israeli PM’s office, Netanyahu and Gove discussed “the option of increasing cooperation in the research, development and manufacturing of vaccines against the coronavirus and future viruses.”

The statement quoted Gove, a staunch supporter of Israel, as hailing Israel’s “big success” in the vaccination of its population and saying Britain wanted to learn from Israel’s experience in reopening the economy.

PM Netanyahu met today with British Cabinet Minister @michaelgove; discussed mutual recognition of the 'Green Passport' as well as the possibility of increasing cooperation in the research, development and production of vaccines against the coronavirus and against future viruses. pic.twitter.com/uBxCShyZsb

They discussed the travel corridor plan and additional cooperation on the pandemic response.

“The global battle against the coronavirus necessitates bilateral cooperations,” said Edelstein. “Israel and Britain have excellent cooperation on health. The continued cooperation will help create better health and economy.”

Coinciding with the visit, Israel’s Ambassador to the UK, Tzipi Hotovely, spoke to Newsnight about the potential travel corridor and Israel’s success and reopening after lockdown.

It was a pleasure to speak with @maitlis on @BBCNewsnight last night about Israel's successful #vaccination programme and the cooperation with the UK in fighting the #pandemic.

We hope to welcome tourists to #Israel🇮🇱 in the near future!

Netanyahu and Gove agreed to promote the upgrading of the countries’ free trade agreement, the statement said.