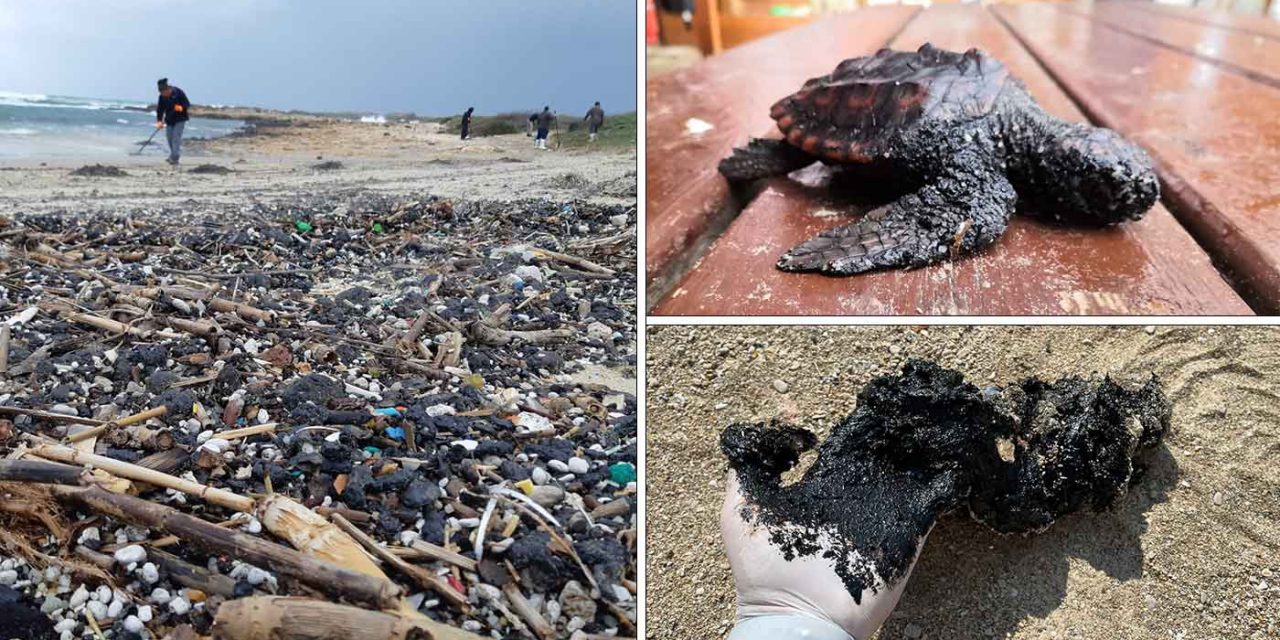 An oil spill has resulted in Israel’s Mediterranean beaches being shuttered as blobs of sticky tar were deposited along the coastline causing environmental damage and threatening wildlife.

Israeli authorities are trying to locate the source of a suspected oil spill that has been described as one of the most severe ecological disasters to hit the country. The current theory is that oil leaked from a ship some 50km of Israel’s coast around 10 days prior to the tar making landfall in Israel. There are a number of ships suspected of being responsible for this spill.

“The enormous amounts of tar emitted in recent days to the shores of Israel from south to north caused one of the most severe ecological disasters to hit Israel,” the country’s Nature and Parks Authority said Sunday.

The extent of the pollution is so bad, Israel’s Ministry of Interior issued an advisory Sunday urging people to stay away from the country’s beaches.

A massive cleanup is underway but the Nature and Parks Authority said it would take a long time to make the marine area safe again.

“According to field assessments, it is evident that these complex and strenuous operations will be required to continue over a long period of time,” the Nature and Parks Authority said.

“Out of 190 kilometers (119 miles) of beach in Israel, 170 kilometers (105 miles) were hit by the ecological disaster,” the authority said on its Facebook page Sunday. “The event is not over yet, and tar still continues to emit to the shores.”

On Sunday, Israeli Prime Minister Benjamin Netanyahu and Minister of Environmental Protection Gila Gamliel visited an area of coastline that had been affected to assess the damage.

“I was very impressed by the exemplary voluntarism of the citizens who came to clean up the beaches. We must maintain our beaches, our country and the environment,” Netanyahu said in a statement issued by the Prime Minister’s office.

“I have just spoken with the Egyptian Petroleum and Mineral Resources Minister who has come to us, and we proposed that every ship that you see here be powered by natural gas instead of polluting fuel, as happened here,” he continued.

Gamliel said it was their “moral obligation to the public is to locate those responsible for the event,” according to the statement.

“We have the possibility of suing the insurance company of the ship that is responsible for the pollution and we will do everything to locate it,” she said.