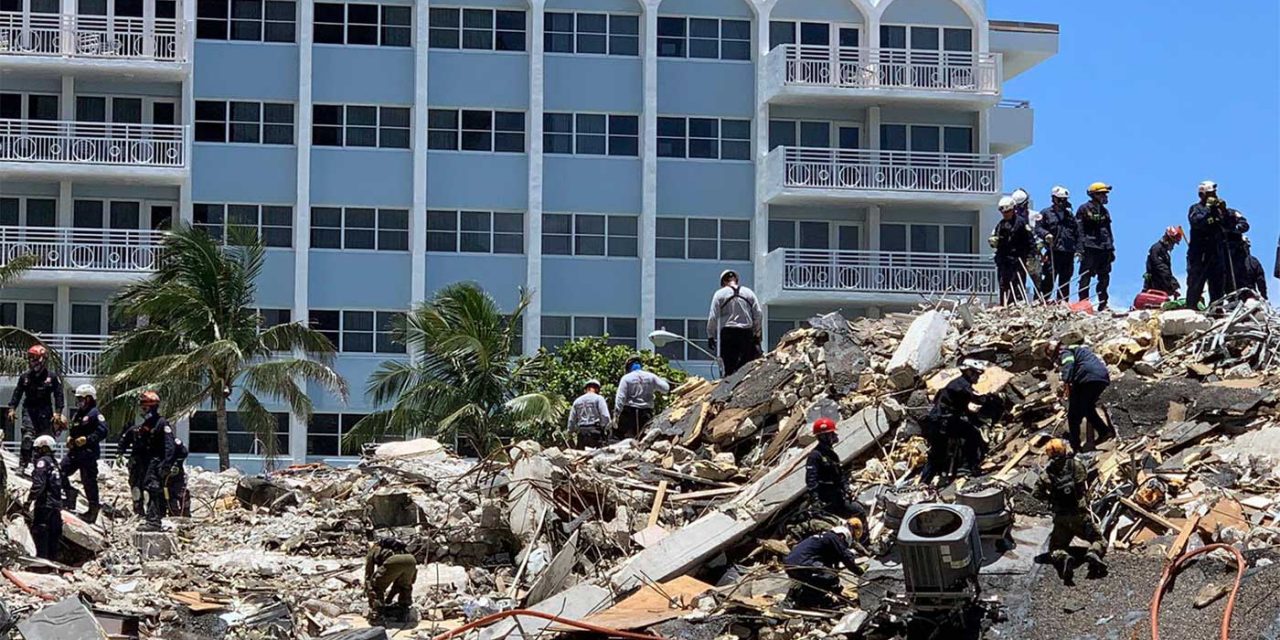 The Israel Defense Forces sent a search and rescue delegation to Florida to assist with rescue efforts following the Surfside residential building collapse that left at least four dead and nearly 160 still missing.

The team of Home Front Command soldiers headed to Florida following a series of talks over the weekend between Israeli defense officials and officials in Miami, the Defense Ministry said in a statement on Saturday night.

Defense Minister Benny Gantz said the move was approved in coordination with the Foreign Ministry.

“As with any national mission, the IDF and the defense establishment are ready to respond, act and assist. Every effort will be made to save lives, support the Jewish community and our friend the United States,” Gantz said.

The IDF’s delegation to Miami landed today. Members of our Home Front Command will provide assistance to the rescue crews operating at the site of the disaster. pic.twitter.com/IlqlgdizmW

Foreign Minister Yair Lapid said the sending of the delegation demonstrated the depth of friendship between the two nations.