Israel opens embassy in UAE: ‘Israel wants peace with all its neighbours’ 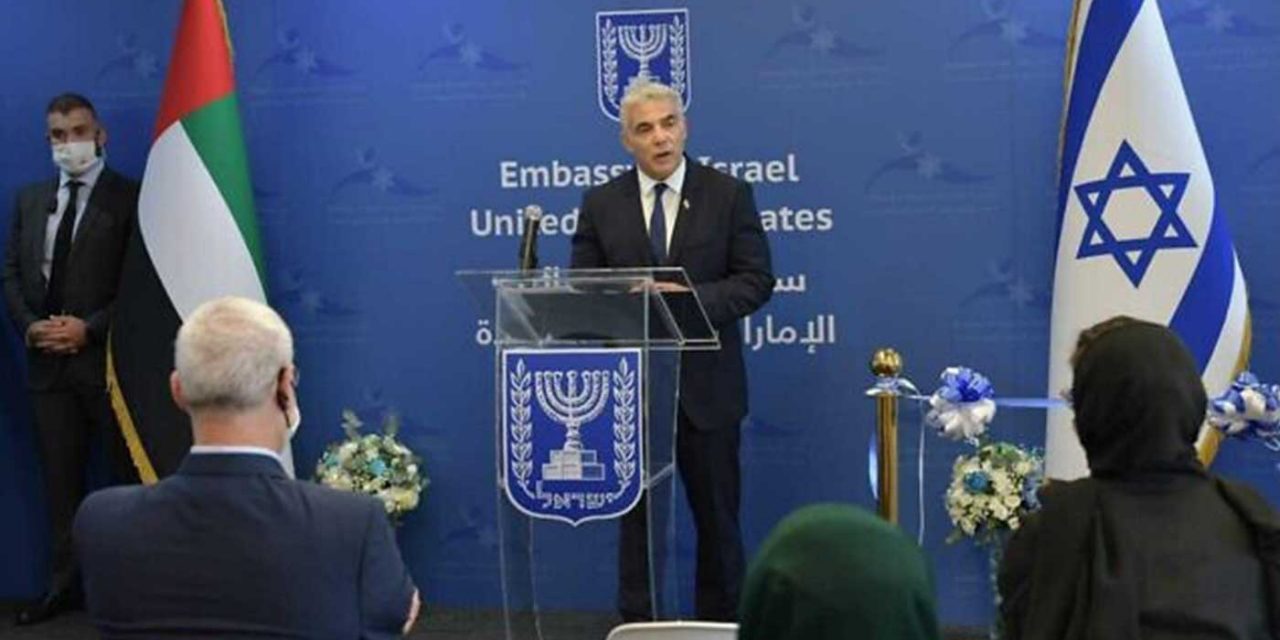 Israel’s Foreign Minister Yair Lapid was in the United Arab Emirates (UAE) this week to open the Jewish state’s embassy in the Gulf State.

“We are standing here today because we chose peace over war, cooperation over conflict, the good of our children over the bad memories of the past,” said Lapid.

“Agreements are signed by leaders but peace is made by people.”

Lapid went out of his way to thank former prime minister and political rival Benjamin Netanyahu, whom he called “the architect of the Abraham Accords and who worked tirelessly to bring them about.”

“Israel wants peace with all its neighbors,” Lapid declared.

“We aren’t going anywhere. The Middle East is our home. We’re here to stay,” he said. “We call on all countries of the region to recognize that, and come talk to us.”

UAE Culture and Knowledge Development Minister Noura Al Kaabi spoke after Lapid, saying, “It is essential that we prepare ourselves and our children toward a new world.”

She noted her country’s collaboration with Israel on AI, smart cities, COVID-19, trade, and tourism.

“We underscore our enthusiasm over what we hope will be the first of many high-level visits,” she said.

Al Kaabi closed her speech with toda raba, Hebrew for “thank you very much.”

Lapid is in the United Arab Emirates for the first official visit by an Israeli minister to the Gulf state.

The trip is Lapid’s first since he formed a broad unity government with the right-wing Naftali Bennett who is now prime minister. This trip is one of the many fruits of the Abraham Accords which brought peace between Israel and some of her neighbours during the Trump administration in the US and while Prime Minister Netanyahu was in office in Israel.